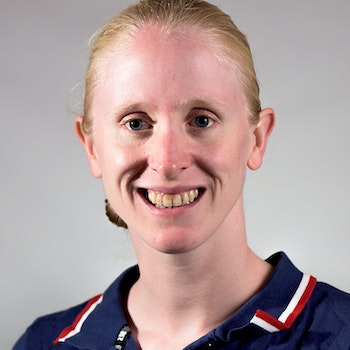 Alison Peasgood (née Patrick) was recruited to triathlon from an athletics background in 2013. She is visually impaired (with less than 10% vision) and having worked as a physiotherapist when she first joined the paratriathlon programme, she has subsequently taken a break from her career to train full time in Loughborough.

Alison topped her first top-level podium in Edmonton in 2015, setting into action a remarkable run of results that included 2015 World Championship and Rio 2016 Olympic silvers, going one better at the Rotterdam 2017 Grand Final to earn her first world title. 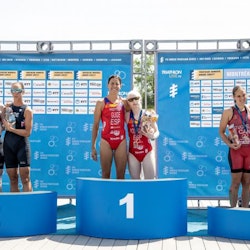 RT @UCI_paracycling: 🗳️ You picked her on #MyWorldofCycling. 🏆 Frances Brown ➡️ Para Cycling Female of the Year 2022! #ParaCycling
After everything this year has thrown at me chuffed Brooke and I managed to finish on the podium at worlds. Thank y… twitter.com/i/web/status/1…
RT @BritTri: ICYMI 📢 Three medals for Great Britain 🇬🇧 at the @worldtriathlon Para Championships! 👏 🥇 @davellisgb & @LukePollard91  🥈 @Cla…