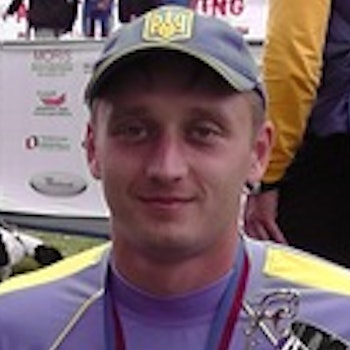 Member of national team since
2009

Start of sporting career
He took up professional sports in 2006 when a branch of Invasport, a regional sports centre for people with impairments, opened in his hometown. His first sport was swimming, but he switched to para-rowing in 2008, and began to focus on para-triathlon after the 2012 Paralympic Games in London.

Reason for taking up this sport
He enjoyed swimming, but since he did not get invited to the national team, he started looking for other sports to try. Ukrainian national rowing coaches spotted him at a national swimming competition and suggested he try rowing.

Ambitions
To compete at the Paralympic Games.

Awards
He holds the national sports title of Master of Sport of International Class in rowing.

General
FROM ROWER TO TRIATHLETE
He left para-rowing after competing at the 2012 Paralympic Games in London, and started to train in para-triathlon. He competed at Ukraine’s first para-triathlon national championships in 2013, where he won a gold medal.

Social Media
Hear more from the athlete via their VK, Odnoklassniki and My.mail.ru.