Dave excelled at triathlon from the get go by winning his first race and the US Youth National Championships in 1995.  Dave’s carrer highlights include an 8th place finish at the US Age-Group National Championships in 2001, 32nd at the 2003 World U23 Championships, two top 10 Continnential Cup finishes in 2005, and becoming a USA Triathlon Team Resident in 2006. His future goals include winning a medal at the Olympic Games, gaining experience in BG World Cups, making the US World Championship team, and improving his world ranking. 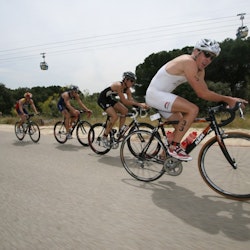