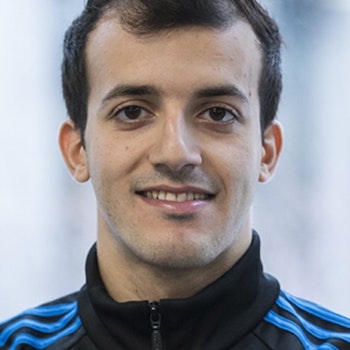 My family wanted me to learn swimming and at age 5 I was in the pool trying to float. I didn’t really like it. My family kept sending me to learn to swim until I became on the junior Syrian national team. Then life started to be more interesting and I starting liking the environment more.
But shortly later in 2003 I started to get bored doing so many laps in the pool. I switched to long distance open water swimming. I soon got bored of that too, doing long hours of the same discipline.

Then in 2005 I did my first triathlon in Latakia city, Syria. It was an amazing feeling to run out of the water to bike and then run. I was instantly hooked on this sport. I kept training and enjoying the sport until now. My distaste for swimming actually turned into my best leg in the triathlon, thanks to my family.

After 2 years only in training I was amazed by the competitions and the lifestyle of triathlon.
In 2007 I dreamed to represent Syria at the highest level in Sport, the Olympic Games. To reach this goal, I moved to Canada in 2010, to learn from best of the world like Simon Whitfield.

Now 13 years later, I am very close to making it to Tokyo 2020. It was initially a dream for my own fulfillment, but now, with Syria going through tough period 2011-now, another dream has been superior to my own. Now I also dream to encourage, help, and inspire the new coming Syrian triathletes to be at high level of competing and performance.