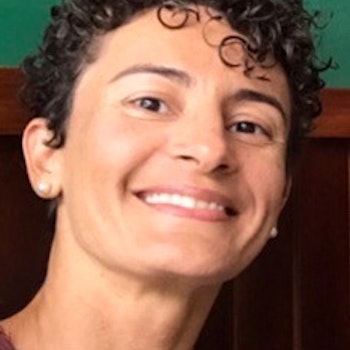 Alessandra did not have access to the sport early in her life due to a lack of opportunity and conditions, but she always liked sport and being in nature. When she began his graduation in Physical Education at the University of Brasília in 2002, his sporting life began. She played basketball and futsal as a student-athlete; mountain biking as a hobby; running, swimming, and climbing competitively, being 3rd in the Brazilian Climbing Championship in 2012 and ended up going to Triathlon in 2019. In his first race, the Brazilian Triathlon Sprint Championship in 2019 she placed 3rd overall in the amateur, did Olympic Triathlon after with 1st place in her category and decided to join Cross Triathlon, his desire since entering the triathlon. In his first participation in the Brazilian Triathlon Championship in 2021, she was in 1st place in the Elite. At XTerra in Ilhabela (Brazil) in 2022 she got 2nd place in the Elite, this is being one of the most difficult XTerra courses in the world. What allowed her to qualify for the 2022 World Triathlon Multisport World Championship and the XTerra World Championship. In the meantime, she graduated in Physical Education (2007) and did a Master’s degree both from the University of Brasília (2010) and a Ph.D. from the Federal University of Paraná in Brazil and Loughborough University in England (2017). She also is Athletics Coach formed by the Brazilian Olympic Committee and she has the Triathlon Trainer Course by the Brazilian Triathlon Confederation and the Pan American Triathlon Confederation. She also worked at the Ministry of Sport in Brazil and at the Sports Department of Goiânia. CV: https://www.linkedin.com/in/alessandra-d/