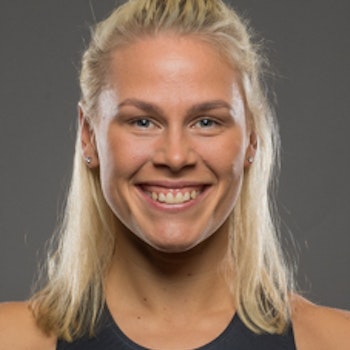 In the age of 5 years Christiane lost her right leg because of cancer. She started her sports career in the age of 12 years in swimming. In winter 2002 the young athlete was qualifying for her first World Championships in Argentina and won already two bronze medals in 400m Freestyle and together with the 4x100m Medley Relay.

The intensive training at the Olympic Training Center in her hometown Dresden paid off and so she qualified 2004 for her first Paralympic Games in Athens. She won two bronze medals in 100m and 400m Freestyle. In the same year she got awarded by the federal president of Germany with the highest sport award in Germany the silver laurel leaf. In 2006 Christiane qualified for her second World Championships in South Africa and came home after winning another bronze medal in the 4x100m Freestyle Relay. After finishing High School she moved to Berlin to start her studies in Economic Law at the HWR Berlin and to have the opportunities to train harder.

Because of a bad shoulder injury the paralympic season in 2008 hasn´t been successful as expected. The best she came home with was a good 6th place in 400m Freestyle. In fall 2011 Christiane had to refocus and so she decided to change the coach. The next goal was to qualify for her second Paralympic Games 2012 in London. On her major discipline 400m Freestyle she got 5th beside some other races where she made it to the finals. In her whole swimming career she did achieve great successes and until now she is still holding some German Records.

After the Paralympics in London 2012 Christiane end her career in swimming and quit the competitive sport at all. Just one year later she discovered her love for handbiking and started to train with coach Dr. Ralf Lindschulten. Already in her first season she continuously made it on almost every podium on World Cups.

While her first World Cup she qualified for her first World Championships in Greenville, USA. Some weeks later the newcomer won completely surprising Bronze in Time Trial and two days later Gold in Road Race. That was a good base for a successful future in the handbike scene. In summer 2015 she accomplished next to her second World Championship Gold medal, together with her former Team Sunrise a World Record over the marathon distance (01:00,26).

In summer of 2016 Christiane had her biggest moment in her sports career with winning the Gold medal at the Paralympics Games in Rio de Janeiro. “I always knew I´m able to stay on the top of the podium someday. Now my dream has come true! And all the effort over the years had paid off!!” For the second time she got awarded by the Federal President of Germany with the silver laurel leaf. Just one week after coming home from Brazil somebody has stolen her medal while she was in Berlin. Through cooperation with the International Paralympic Committee (IPC), the German Paralympic Committee (DBS e.V.) as well as the City of Dresden she got a replacement for her medal in April 2017. “It was like a second ceremony form me! I didn´t expect to get another medal. I´m very thankful for all people who were supporting me!!”

Subsequently she didn´t stop spinning. Christiane wanted to make another dream come true. The dream of getting a Double-World Champion. “Now in retrospect it´s an insane story, which I maybe will be able to laugh about someday”, she said. In 2017 something really unbelievable happened. After the intensive training for the World Championships and all the previous successful competitions she got told by her federation just two weeks before her pending races that she won´t start. The federation forgot to register her for the Worlds.

A late registration wouldn´t be possible because it was already too late. Nevertheless she decided to go to the World Championships with her National Team to support them during their competitions. Just after landing in South Africa she got a call that the United Cycling Federation (UCI) would allow her to race. „A Competition without bike? How should that be possible?”, she thought. And then something unbelievable happened. Her father, who supported her since she was a young girl, brought her bike within one day from Germany to South Africa. The 30 year old took her change and won two Gold medals! A story like in a fairy tale!!

The decision to change again to another sport was made after a difficult year. „The last years in Paracycling have been more than successful for me. I did achieve everything I dreamed about. It has been even more surprising to search in vain for the fire in the sport this year.“, the 31 year old said. After finishing the last season and the completion of her studies in business administration she decided to restart in Paratriathlon.

„This has been an important step for my future in sports! If I‘ve learned one thing, then to make earlier clear decisions which you are standing a 100% behind of. Just a few weeks later she competed in her first Triathlon in Portugal and showed by her victory her versatility „I´m more motivated than before and looking forward to new challenges in the upcoming years.” After the Paralympics in Tokyo 2020 she already has another great goal - to compete in her first Ironman on Hawaii. 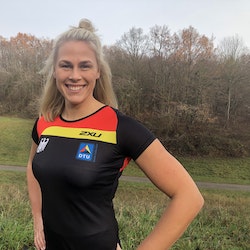 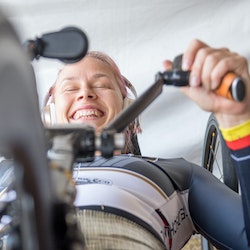 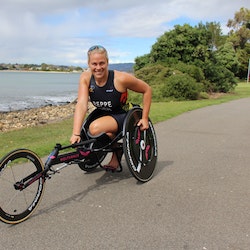 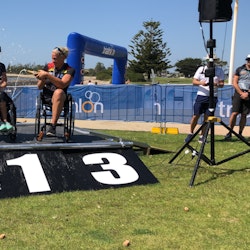 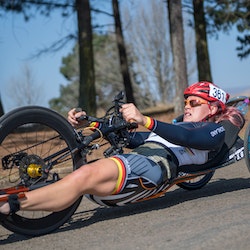 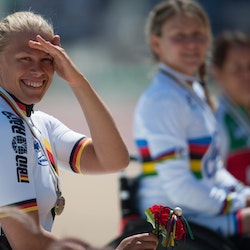 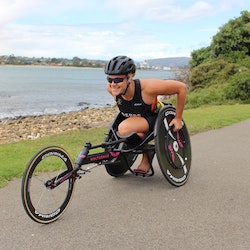 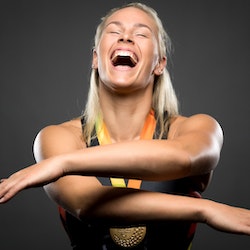 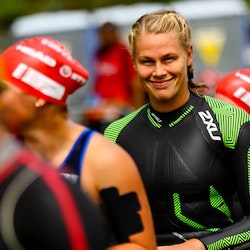