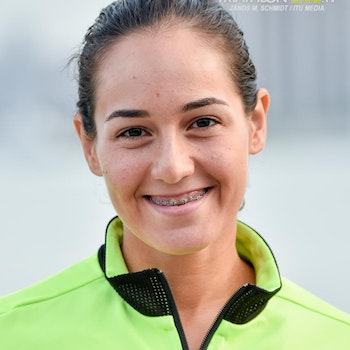 Basmla Abdelhamid ElSalamoney is an Egyptian triathlete, she was born on 25th February, 1999 in Gharbeya, Egypt. As most of the Egyptian kids, she started to swim at the age of 5, then she started to compete at the age of 11 and showed that she has much potential for swimming specially the middle and long distances.

After some successful years with distance swimming, Basmla decided to try something new. She started triathlon in February 2016, after only two months Basmla started to compete in the ITU events and won her first race the 2016 ITU Pan Arab Championship and dominated the junior women, one week later Basmla won her second race which is the 2016 ATU Aquathlon African Championships and Pan Arab Championships.

Basmla started to take it step by step when she spent 2016 and 2017 competing in the local races and some age group races, and she was able to earn the silver medal at the 2017 WTS Abu Dhabi - AG Standard distance, in 2018 Basmla shows that she had a good future when she was able to earn some good ITU points in her first ever elite race at Sharm Elshikekh, later she became the 2018 African Triathlon Junior Champion then she start take it for real. And chase the Africa New Flag.

After some great results in 2018 and 2019, on 4th May 2019, Basmla had a bad car accident during her cycling training for the 2019 African Championship. As a result she had a surgery, knee arthroscopy partial meniscectomy with the help of the ministry of youth and sports. At this time, some people thought that she won’t be able to race again. Basmla went for condensed rehabilitation program. Basmla started to be able to train at the last week of July 2019, one month later she was able to dominate the 2019 African Games. Basmla is trying to get back on track again with the previous form and shape.

On the other hand Basmla is still in the fifth year of University, studying dentistry. She is trying as much as possible to balance between her studies and training. 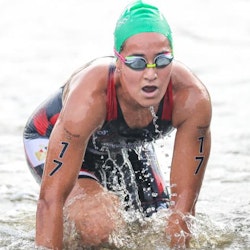