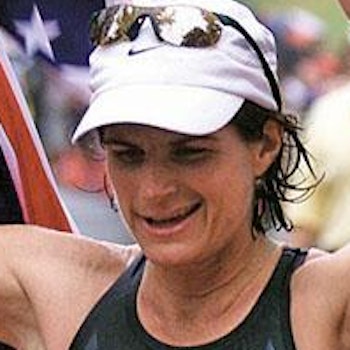 Smyers is equally well known for her survival instincts.  She came back from a sliced hamstring (suffered while changing a storm window), suffered a collapsed lung and multiple broken bones when hit by an truck on a training ride, shook off a broken collarbone and multiple injuries in a 1999 race crash (which ended her 17-year streak of never dropping out of a race ), and also survived a bout with thyroid cancer in 1999. Now a mother of 2, she is described by ‘Slowtwitch’ as “gracious…, humble…the triathlon star most age groupers would like to have beer with…” 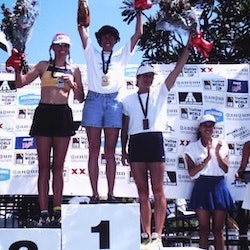 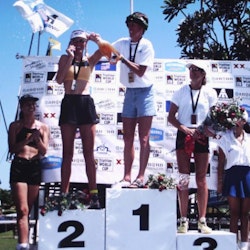 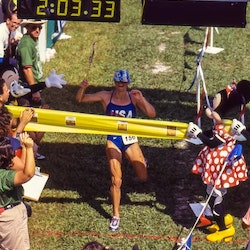 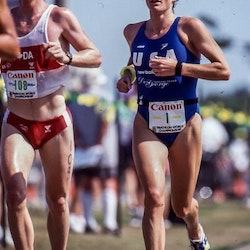 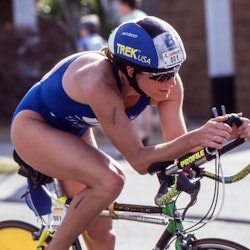 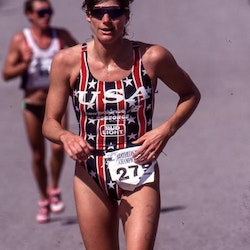 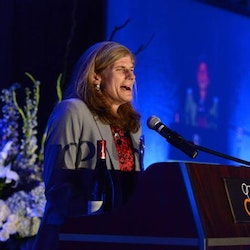 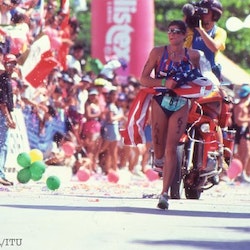