The primary objective of this project is to provide support, resources, and expertise to athletes from emerging/developing National Federations (NF Group* 2, 3B, 3A) with the potential to compete at the World Triathlon Cup level and qualify for the Paris Olympic Games. World Triathlon Development is also looking after young talents facilitating their athlete career from junior to elite and aiming at the 2028 Los Angeles Olympic Games and beyond.
The project also aiming to increase the number of coaches from emerging/developing National Federations (NF Group* 2, 3B, 3A) gaining experience in the preparation and support of athletes competing at a World Cup level.
(*Note: for NF Groups please visit National Federation Survey  and NF Survey Report 2019.)

- Emerging/Developing National Federations (NF Group 2, 3B, 3A) are invited to submit applications.
- Applications for athletes with the potential to qualify and compete at the Paris Olympic Games and who have already proven themselves at the World Triathlon Elite, U23, Junior World Championship, World Cup or Continental Championships/Cup level will be favoured.
- Three (3) World Triathlon Cup events have been named as the ASICS World Triathlon Team events in 2022.
- At each of these events, coaching and physiotherapy support will be on hand for the athletes selected.
- The group will be accommodated as a ‘team’ and supported as such pre, during and post-event.
- Gender equality and geographic distribution will be considered in the selection for each project.
- Additional to the application process, World Triathlon Development may invite athletes for each project in agreement with their respective National Federation.
- To maximise female participation and support, World Triathlon Development may invite potential female athletes fighting for the “New Flag” position of their respective continent in the Olympic Qualification on the way to Paris. For this reason, World Triathlon Development/Selection Panel may consider female athletes with an exemption.

The target group will be athletes from emerging/developing National Federations (NF Group 2, 3B, 3A) who have already shown a high level of competence in World Triathlon Cup and/or Continental Cup events and are looking to qualify for Paris 2024 and beyond but need support to do so. Please note applicant athletes must be born in 1994 or later.

- Athletes must have been born in 1994 or later.
- Candidates must be in the top 250 of the World Triathlon Ranking.
- Athletes must have at least two results (finishing in the top 66%) from Continental Cup events in the past 18 months.
- Athletes must be registered and in good standing with their National Federations and have shown the ability to race at a high level.
- The athletes nominated should be committed to competing in the long term and have the Olympic Games as an ultimate objective.
- While there will be a maximum of ten (10) slots available at each event, athletes will be selected at the discretion of World Triathlon Development and in some cases, not all the slots or more slots will be filled.
- Athletes from the continent where the WC is taking place are favoured.
- Athletes should be connected with the Continental Development Projects too.
- Injured or ill athletes are not accepted for the project. Illness or injury of a selected athlete must be reported immediately to World Triathlon Development.
- Coaching support: the coaching applicant should belong to a developing nation and his/her athlete should be selected for the ASICS World Triathlon Team. Only one (1) coach spot could be available for each project only in Valencia and Vina del Mar.

A Panel composed of World Triathlon Sports Department, Development and project Head Coaches will decide on the selected athletes based on the project description (outline and qualification criteria) for the project within one (1) week of the application deadline, and all applicant NFs with selected athletes will be informed accordingly.

All athletes selected will be funded as follows:
1. Hotel accommodation (on a shared basis) for a maximum of 5 nights
2. Meals – 3 per day (or a meal stipend)
3. Travel stipend*
4. Coaching, physiotherapy and bike mechanic support

The athletes selected will be tracked over the year to determine their progress, and feedback sheets/reports will be completed on the World Triathlon Education Hub (https://education.triathlon.org) by the members and the head coach of the respective project after each event. 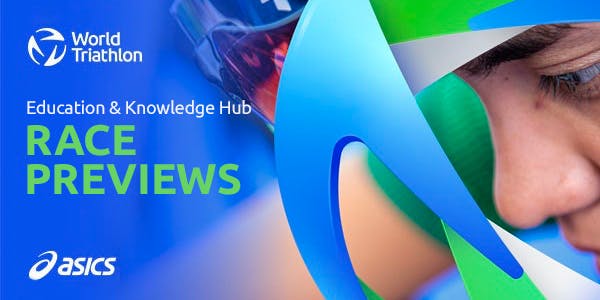