This weekend, Japan cleaned up on continental champions in Asia at the Subic Bay ASTC Triathlon Asian Championships, while Europe saw stellar racing from Russia’s elites and juniors at the Antalya ITU Triathlon European Cup. 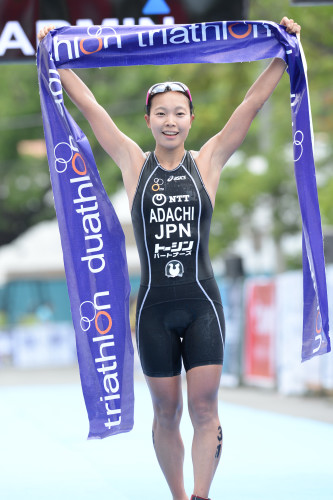 Reigning champions Mariko Adachi (JPN) and Yuichi Hosoda (JPN) each defended their Asian Championship titles on Saturday in Subic Bay. Adachi crushed the women’s competition, while Hosoda earned his third consecutive title in the men’s race in a tight battle. For a full recap of the elite men’s and women’s races, click here.

Japan went on to capture the top spots in the Under23 and Junior races, with the only exception of the Junior men’s race. Karin Chibana broke away on the bike to earn the women’s U23 title, while Kohei Tsubaki dropped the field on the run for the men’s U23 championship. Fumika Matsumoto (JPN), who won the Junior women’s world championship race in 2012, again found herself in the gold medal position as the Junior Asian champion. In the Junior men’s race, Zhengyu Duan (CHN) earned the win with a blistering run split. Full results can be found here. 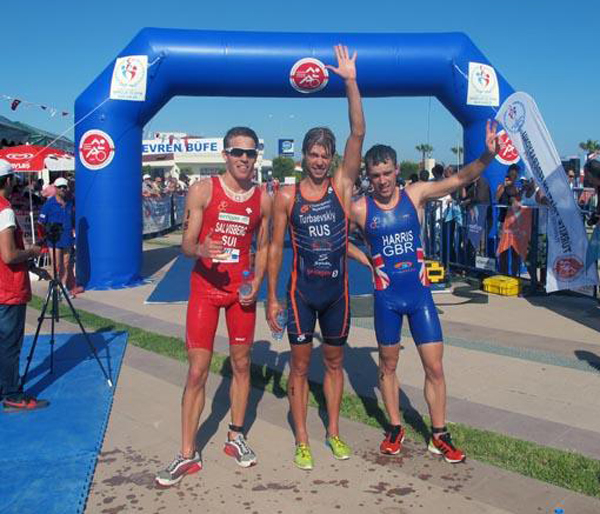 Arina Shulgina and Vladimir Turbayevskiy both prevailed in two nail biting races to secure a double win for Russia at the ITU European Cup in Antalya. Their performances completed a strong weekend for the Russian team – earlier in the day, Russian athletes had secured three medals at the Junior European Cup. Shulgina and Turbayevskiy added two to the medal count and more importantly added the gold.

For Shulgina, this was her first ever European Cup triathlon victory. She had to work hard though as Rebecca Robisch (GER) and Mateja Simic (SLO) pushed her all the way and only ten seconds covered the podium. Switzerland’s Florin Salvisberg secured only his second ever podium finish at this level to take the silver medal and Aaron Harris (GBR) also secured his first European podium since 2011 with the bronze.

For Lindemann, this was her first race at this level and she enjoyed a stunning debut to win handsomely by well over a minute. Anastasia Gorbunova (RUS) and Renata Fuchs (HUN) completed the podium in the Junior Women’s race. The Junior Men’s race was a much tighter affair as Blummenfelt just edged out the Russian duo of Andrey Moiseenko and Maxim Subotin. Only 13 seconds covered the podium, with just seven seconds between Blummenfelt and Moiseenko, however the Norwegian’s strength and power on the final run meant that he would not be caught.