by Lisa Pringle on 30 Aug, 2014 01:13 • Español
In a thrilling finish that came down to the wire in Edmonton, France's Raphael Montoya (FRA) clinched the 2014 ITU Junior Men's World Championships. The 2014 European Champion was well...

In a thrilling finish that came down to the wire in Edmonton, France’s Raphael Montoya (FRA) clinched the 2014 ITU Junior Men’s World Championship on Friday.

“I had a good swim and we tried to make a move but they stayed with us. After that I stayed behind and waited for the run. What a sprint with Jacob,” said Montoya.

After a fourth play last year in London this was retribution for Montoya.

“It was my focus of the year. To win this is fantastic. Last year, I finished fourth for me, it was unfair for me.”

In a race that saw the top three run just over 15 minutes for the 5km Birtwhistle was devastated to miss the gold but paid tribute to Montoya.

“I really wanted that win. It was a tough race. Full credit to Montoya. He made me work for it,” said Birtwhistle.

For 17-year-old Quirk it was his first championship race and a career best result.

“I didn’t know if I could do it. But I just thought, ‘yeah’, now or never, give it all you’ve got’. I didn’t have a great start to the season, just had a few off the races,” said Quirk.

The Junior men’s race started with 69 athletes and the pace was on from the start.

Norway’s Jorgen Gundersen gunned it through the one-lap 750m swim, finding clear water on his own to run out to his bike clear of any competition. Behind him, a massive group exited the water together and went to work closing in on Gundersen, which they did with ease on the first of four bike laps.

But Gundersen wasn’t easily fazed by the charging chase group, as he maintained his top position throughout the challenging course. Despite a massive hill that offered up breakaway opportunities, a huge 40-man group grinded through the 20km bike together.

The bike saw just a few lead changes with Christoper Perham (GBR) taking a turn off the front on the second lap and with Birtwhistlle who was keen to push the pace and take some sting out of their legs.

At the end of the bike, transition was frantic with all 40 athletes hitting the pavement for the final 5km run together.

But noted runners Montoya and Birtwhistle didn’t take long to make the break and run together for the majority of the 5km. As they hit the top of the blue carpet the sprint was on and not even Birtwhistle’s running background could help him in the lunge for the line.

For Birtwhistle it was a bittersweet silver medal as he came agonizingly close to gold after crashing in London last year to eventually finish sixth.

“I thought if I just sat on him a bit on that run, I come from a track background so I thought I might be able to take him in a sprint. I did what I could today. Who knows maybe another day but today he got the better of me,” said Birtwhistle. 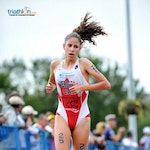 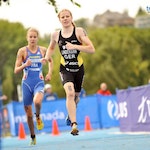 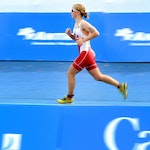 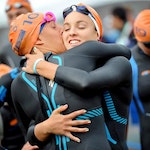 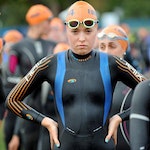 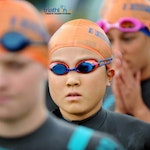 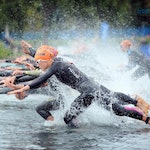 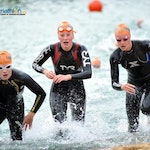 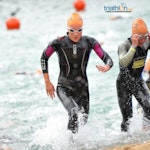 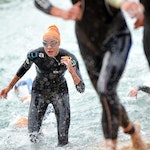 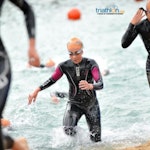 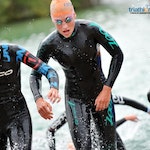