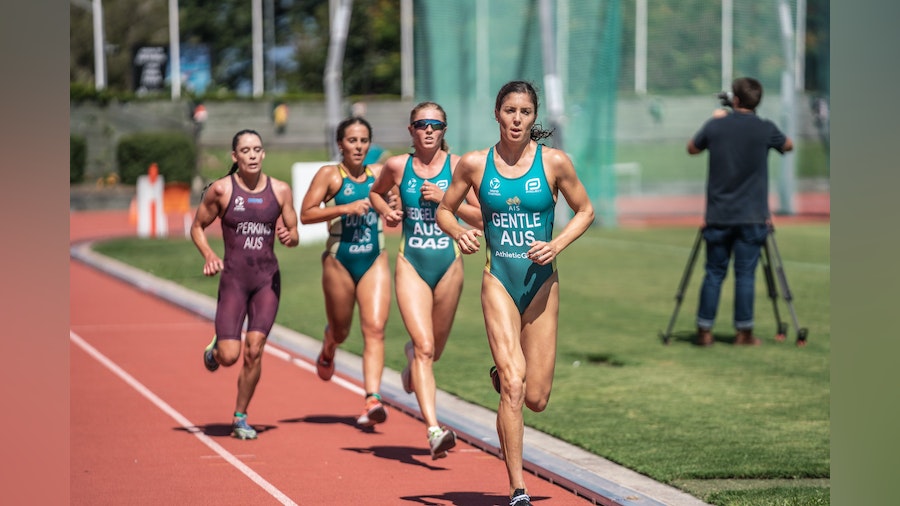 After the race season came to a halt for many triathletes in March 2020, due to the global pandemic, it was a welcomed scene to sight elite athletes line up for action in the Australian Standard Distance Championships in Queensland, Australia.

Mirroring the triathlon schedule at the upcoming Tokyo 2020 Olympic Games, Australia’s elite triathletes were given the opportunity to race in the Australian Standard Distance Championships in Mooloolaba, on Sunday 14 March and the Triathlon Australia Mixed Relay Invitational, at the Gold Coast High Performance Centre, on Thursday 18 March.

Gentle, who competed in the Rio Olympic Games in 2016 and Olympic hopeful Birtwhistle lined up in Mooloolaba. Gentle produced the perfect race with a strong display of early season form, in an Olympic year, to be awarded the gold medal in the Australian Standard Distance Championships. Birtwhistle, who had not raced a Standard Distance triathlon in over 12-months, took the bronze medal with a powerful performance in extremely hot and humid race conditions.

Jaz Hedgeland displayed an impressive race set-up to earn the silver medal and Chile’s three-time Olympian Barbara Riveros, who is based in Wollongong, Australia, took home bronze in Mooloolaba.

With a few days between races and to demonstrate somewhat of a simulation concept to the Olympic triathlon schedule in Tokyo, athletes recovered in time to and race again in the Triathlon Australia Mixed Relay Invitational on Australia’s Gold Coast. A few more elite athlete names added to the start list, to test their best in the mixed relay format, including Olympians Emma Jackson, Ryan Fisher, Olympic hopefuls Emma Jeffcoat and Luke Willian and Commonwealth Games Mixed Relay medallist Gillian Backhouse.

Unfortunately Backhouse was forced to withdraw before the relay final, after a bike crash on the technical course in the first race heat.

The thrilling super-sprint race format meant that athletes left nothing on the racing track. Aaron Royle and Emma Jeffcoat showed off incredible form to win overall.

“I’m really pleased with my performances today across the two races. I know I’m in good form and happy that I’ve been able to demonstrate that today.

“It was awesome to be back racing against a fierce and strong line up of Aussie girls, it’s exciting for us all to push one another,” said Jeffcoat.

“I was actually pretty sore this whole week. This was the first race that I’ve done in quite a while, like World Triathlon style racing. So I was actually really sore in the quads so I was a little bit worried but luckily the legs sort of just came good today,” Royle said.

Gentle and Hauser backed up their winning performances in Mooloolaba to earn second place and Jaz Hedgeland and Luke Willian capped the day with third place.

“Mooloolaba was on Sunday so I had to make sure I recovered as best I could, more active recovery in my training. I am really happy with my heat, I was quote composed and I used it as a practice for Tokyo in the sense that I pretended I was the third female and in the finals we went second but I did my proper swim warm up as if I was first female so I had both experiences, I think that’s really great and the timing between the induvial and relay is the same as Tokyo and it’s really great to proactive that,” Gentle said.

“We are fortunate in that we can race and there’s no question that we’re going to make the most of that. We can continue to wait until what happens internationally or we can get on with it which is what we’re doing. For us, we’ve either managed to run events ourselves or partner with other event organisers to try and bring a circuit together and we will continue to do that all the way through to Tokyo.

“For Mooloolaba it was the Mooloolaba was the return to Standard Distance racing and that presented the opportunity to run a mixed relay event off the back of that. We’ve been running mixed relay events for a number of years and for us it’s a really important event and we make no secret that we target it and we pride ourselves on our performance in the relay.

“Understandably it’s not an exact replication of Tokyo, that’s not possible when you start to look at events like Tokyo to run different genders on difference days but it affords us the chance to look at how athletes respond and not only that but for athletes to choose different competition options where we had a number of our senior opt not to do the standard distance event and focus on the mixed relay so there’s a number of differences in preparation and recovery across both those events which will be beneficial.
“The take home is that our athletes are a team and they will focus on the relay performance,” said Drew.

At the time of the announcement in December 2020 Justin Drew welcomed the early ratification of the Triathlon Australia Elite Selection Committee to nominate Ashleigh Gentle and Jake Birtwhistle to the Australian Olympic Committee.

“The philosophy of the TAESC is to strike a balance between certainty and preparation of the team across both individual and relay events, alongside ensuring we keep working to maximise quota, to refine strategy and drive performance outcomes.

“Both Ashleigh and Jake are proven performers at individual and relay, and I look forward to them preparing for success in Tokyo over the coming months,” said Drew.

The 2021 Mixed Relay Invitational saw athletes compete in teams of two over the 300m swim, 6.8km bike and 1.9km run in a Heats and Finals format. 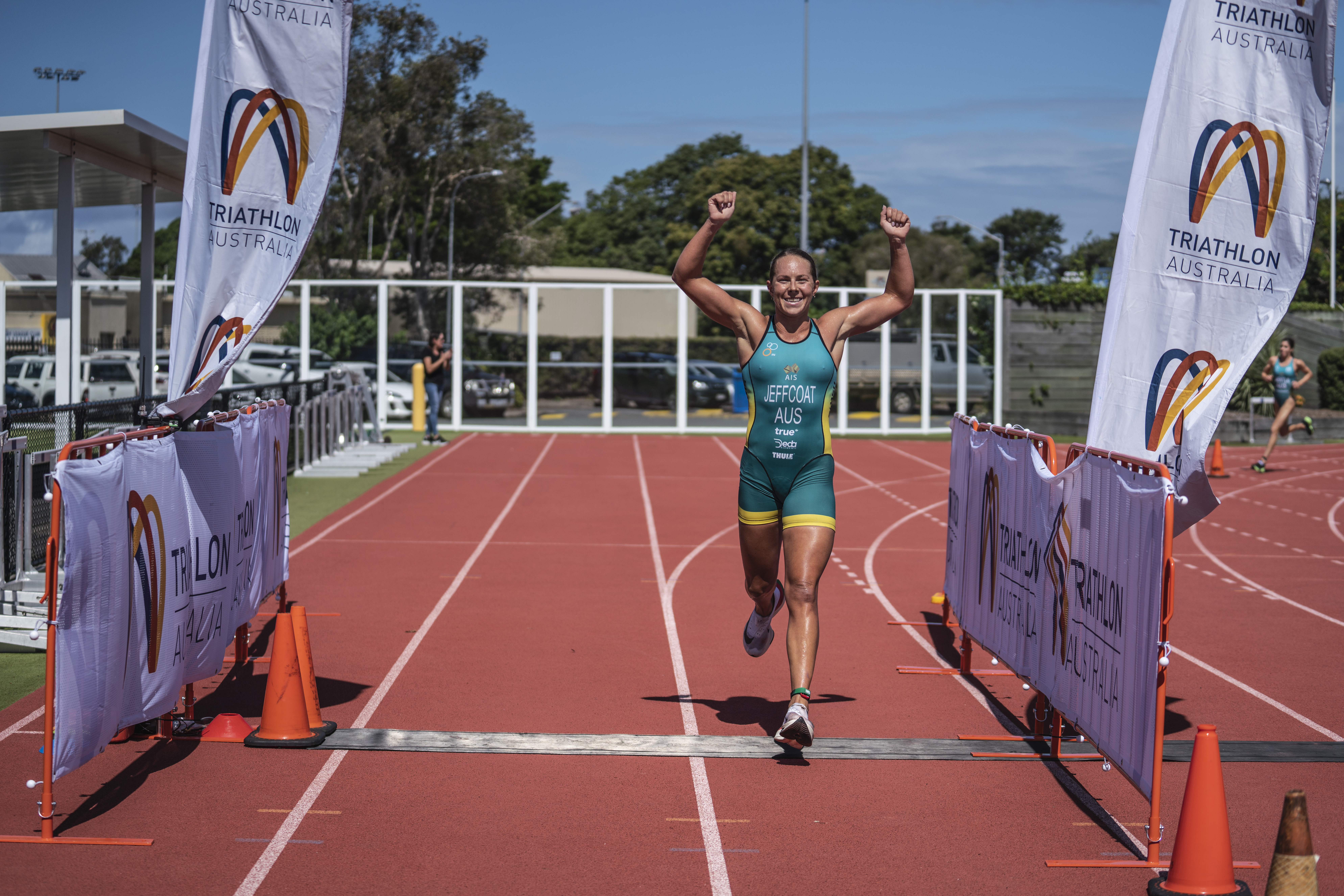 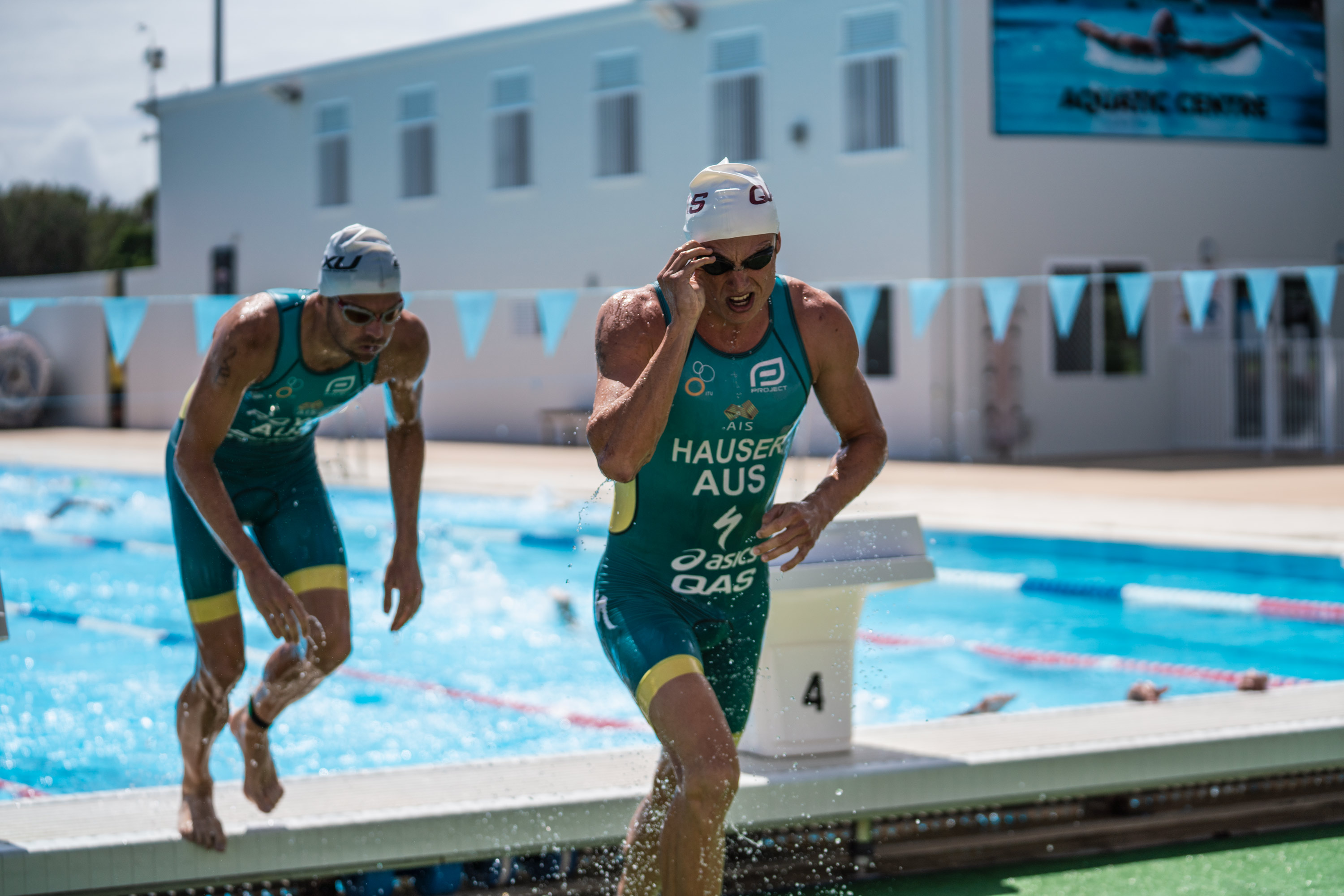