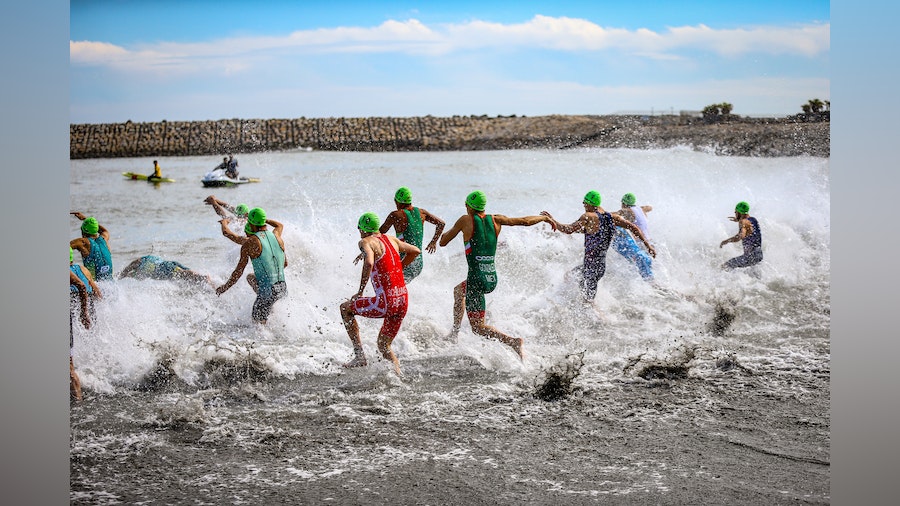 The Triathlon tour heads to Miyazaki, Japan, for the 2022 World Triathlon Cup Miyazaki. Miyazaki is the capital city of Miyazaki Prefecture on the island of Kyushu in Japan which is well known for its high-performance facilities, beautiful nature areas and stunning coastline. It’s a firm favourite on the World Cup calendar and athletes and stakeholders are equally excited to stage the World Cup race once again after not having taken place since 2019 due to the pandemic. Top triathletes from around the world have arrived in Miyazaki ready to compete in a sprint-distance race format. The course features a 750m ocean swim (1-lap), 20km bike portion (5km x 4 laps) and finishes with a 5km run which takes in scenic views of the ocean and palm tree-laden landscape.

Watch the races over on TriathlonLIVE.tv with the women’s race starting at 9AM local time and the men will follow at 11.30AM.

Hungary’s Zsanett Bragmayer crossed the line in fourteenth in last weekend’s World Triathlon Cup Tongyeong and is aiming for the podium in Miyazaki. Bragmayer is renowned for her fierce swim segment of the triathlon and will be one to watch in the ocean swim on Saturday. The Hungarian professional triathlete was crowned the 2022 Europe Triathlon Premium Cup Tiszaujvaros champion in July.

Sandra Dodet of France, Great Britain’s Olivia Mathias and Japan’s Sarika Nakayama are all top-ranked athletes on the Elite women’s start list in Miyazaki and will prove threats for the likes of Pedersen and Bragmayer.

Claire Michel, representing Belgium, is a favourite heading into this year’s World Cup in Japan. Michel earned the bronze medal in 2019 and has overcome injuries in 2022 to be back fit and eager on a World Triathlon start line.

The women will line up along Japan’s Pacific Coast on 9AM local time on Saturday 29th October and you can watch the race over on TriathlonLIVE.tv

Portugal’s Ricardo Batista was in the mix of the front group in last weekend’s World Triathlon Cup Tongyeong and with his powerful swim and bike combination could be the main contender on Saturday.

The recent World Triathlon Championship Series Cagliari and World Triathlon Cup Tongyeong saw Japan’s Jumpei Furuya attack off the front on the bike and there will be no surprise on Saturday when the Japanese triathlete does it again. The field better keeps an eye on Furuya because if and when he strikes, he could be capable of extending his lead off the bike to run down the field.

Jack Willis of Great Britain showed his string form in the recent World Triathlon Cup race in Tongyeong when he went off the front in the early stages of the 10km run portion of the race. Although he didn’t quite have the power of the likes of Matthew McElroy, Gabor Faldum and fellow compatriot Sam Dickinson, he charged across the line in seventh.

The likes of Romania’s Felix Duchampt, Great Britain’s Ben Dijkstra and Luxembourg’s Bob Haller and Stefan Zachäus the competition will be firing from the start line on Saturday.

Morocco’s Badr Siwane, member of the 2022 ASICS World Triathlon Team is motivated to leave it all on the line in Miyazaki and deliver an almighty performance, over the sprint-distance format.

Watch the battle for World Cup glory in Miyazaki with the men’s race from 11.30AM local time over on TriathlonLIVE.TV