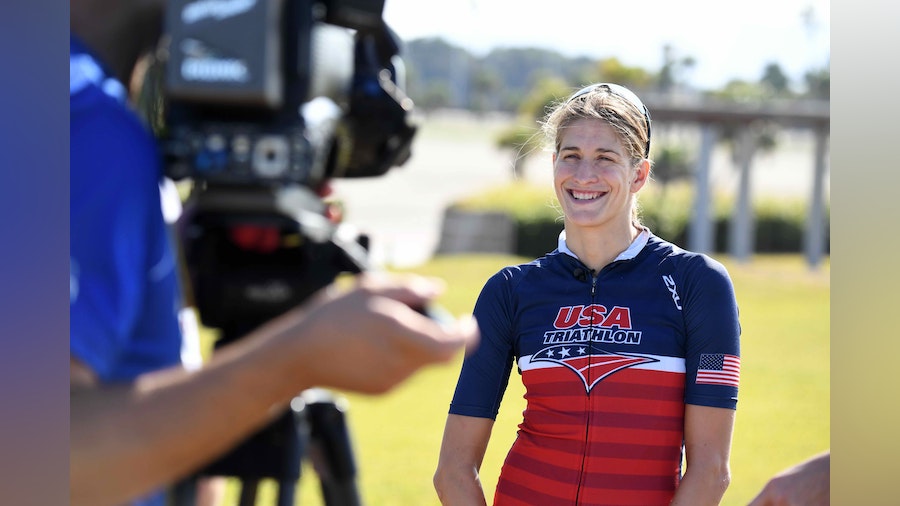 In Miyazaki on Saturday morning at 9.30am local time, the women athletes will take to the ocean off the South Japan coast for the final race of the 2018 season. Among them will be USA’s Summer Cook, first and second-placed here the past two years, and Australia’s young gun Jaz Hedgeland. At 12.30, fellow Australian Ryan Bailie, Spain’s Vicente Hernandez and Tongyeong World Cup winner Max Studer (SUI) take to the line in the men’s race, and all gave their thoughts on the race following Friday’s bike course familiarisation.

Summer Cook (USA)
“Overall I wasn’t very happy with a season that had a lot of ups and downs but there were strong points that I think will help me in the future and have been laid down as a foundation. I’ve been doing more riding, had more training partners, and also been focussing on transitions with mixed success! I love racing here and wanted to get more Olympic points but this is a tight course and will favour a small group – 30 bikes together will have to take those turns pretty carefully.”

Ryan Bailie (AUS)
“I came out firing at the start of the season but got an injury in Edmonton and I’ve been building it back up since. It’s great to be able to come here fit and healthy and close out the season. It’s a good opportunity being in Japan, getting used to the people and food with Tokyo 2020 on the radar, plus the organisers have delivered a great course. I think people might underestimate the impact of the wind out on the bikes.”

Vicente Hernandez (ESP)
“It has been hard for me this season but I’m feeling better now, and have been putting in the kilometres to get to this point. It was a good race for me here last season and that gives me confidence even though the course is a little different and more technical this time around. I like the Olympic distance races because the intensity isn’t so high as with the sprints, and that is how I’ve had to train over recent months.”

Max Studer (SUI)
“The last month has been really exciting, winning the European Cup and U23 European Championships, but going back to Lausanne, that was also special, with the race broadcast on Switzerland’s biggest TV channel. I was always focussing on the end of the season and been moving forward well. I didn’t have such high expectations for Tongyeong so it was great to have that battle in the lead pack and win with my parents there watching. I’ll go all out in the swim again here but I know I can rely on a good run at the end.”

Jaz Hedgeland (AUS)
“I’m excited to be back on the start line and finish off the season in Miyazaki. I just wanted to get back to some consistent training and this was never going to be a big racing season after the injury. Tongyeong was a sprint and this is Olympic so it’s good to be able to see how it goes for me over double the distance. The water temperature is perfect and there’s a decent swell so it should make the swim a little more interesting and it feels just like home out there - I’ve been working on my swim and I hope that I can start strong and build on that this weekend.”