Elite women’s race report
A stacked field of 63 elite women lined up to bid for World Cup success in Tongyeong. The sprint distance race format showcases harbour views and a challenging course with notable hills to attack. Vittoria Lopes, from Brazil, was the top-seeded woman to lead the field onto the startline.

Zsanett Bragmayer from Hungary, Australia’s Emma Jeffcoat, Lopes and Valerie Barthelemy from Belgium were the first of the field to complete the 750m swim, produce quick transitions and commence the 20km bike portion of the race.

The leading quartet were quickly caught by the masses and the field formed a long train of over 30-women, featuring all the top contenders. Swiss Olympic champion and triathlon royalty Nicola Spirig took front seat to lead the group across the 3-lapped course. Jeffcoat and Brazil’s Luisa Baptista were also in contention on the bike as they darted around Spirig, taking turns up front.

The chasing group of women were riding 1-minute-30-seconds down on the leaders and Mexico’s Adriana Barraza was working hard to drive this group.

The elite women charged into the second transition of the day and stormed out in a frenzy. Spirig and Jeffcoat led out but it wasn’t long before the likes of defending champion Ai Ueda, from Japan, and 2018 silver medallist Sandra Dodet, took control of the race.

The steep ascent, on course in Tongyeong, is renowned for sorting out the field and today was no exception as Dodet, Ueda, Claire Michel and Sophie Chase from USA moved into the leading positions with the rest of field, spreading out across the 5-kilometre run course.

Ueda, who has been battling injury for the latter part of the season, attempted to attack on the run to lead but Dodet had obviously conserved enough power in the legs, to take control of the final stage of the race and earn the 2019 title in Tongyeong. Dodet won the race in a time of 57-minutes-10-seconds across the powerful sprint distance format.

“The race was very good. The bike was aggressive and I knew I had to be very powerful on the run because of the hills and because of the strong girls. I gave everything today,” said Dodet.

Ueda, who was one of the last athletes to exit the water, produced a striking bike and run combination to be awarded the silver medal.

“Three months ago I was injured and to come back on the podium today, I am so happy,” said Ueda.

Michel showcased strong race form to round out the elite women’s podium with bronze.

“I came here with a lot of specific goals that I wanted to execute, I am happy with some things and some more progress to work on for Miyazaki,” said Michel.

Diego Moya from Chile, Richard Varga from Slovakia, Antonio Serrat from Spain and Canada’s Matthew Sharpe clocked the fastest swim times of the day to move through the first transition of the day and commence the bike portion of the race in front.

The 20-kilometre bike course was technical and featured a challenging hill, which the athletes had to climb three-times. By the second lap the elite men had closed the gap on the leaders to form a powerful train of cyclists. Varga sat in front seat with a field of talent riding closely behind.

Portugal’s Joao Pereira saw an opportunity and attempted a breakaway but the charge of the lead group was too powerful and didn’t let him get away.

On the final lap of the bike course the elite men accelerated and it was evident it was going to come down to a fascinating running race, as the field was made up of the world’s best sprint specialists.

Pereira was the first man onto the run course but Belgium’s Jelle Geens, marked as the race favourite, was on his shoulder.

It wasn’t long before Matthew McElroy had moved his way up to lead position and his fellow American team member Kevin McDowell was now also in the mix, running in fourth position.

Defending champion Max Studer was on the hunt, gripping onto this front group and running well alongside Spain’s David Castro.

In the final stage of the running race McElroy, who didn’t shift focus on what was ahead of him, was showing no signs of backing down and accelerated to confidently lead the race and take the tape in Tongyeong.

“Just running on pure emotion. I feel great and tried to have fun today. As soon as I saw the TV, I knew I had a bit of a gap from fourth and that I had a podium. As soon as I kicked it up on the hill, I cam flying down and just didn’t look back,” said McElroy.

Castro produced a remarkable race set-up to storm across the finish line and earn the silver medal and McDowell from USA claimed the bronze medal with an impressive race performance.

“The race was very hard. The swim was a fight and the hill on the run is very important. I am very happy with second place, in 2015 I was second also, I am very happy,” said Castro.

“I just went for it and was able to latch onto Matt (McElroy) and hang on. I am pretty pleased with third. Trying to back up, I have had some highs and lows this year and I have been working on the mental side, so I am happy with today,” said McDowell. 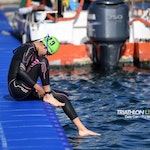 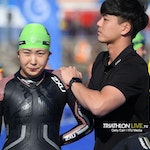 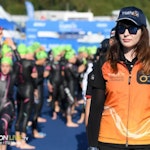 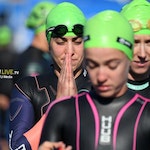 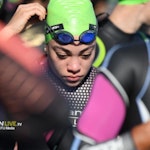 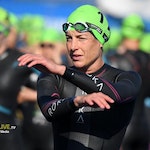 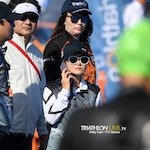 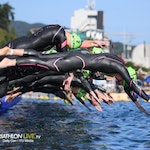 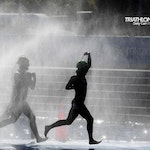 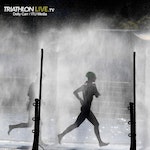 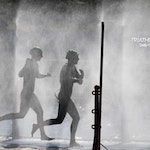 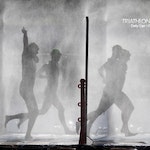