Elite Men’s Review
Joerie Vansteelant (BEL) not only ran away with the title at the gruelling long distance 2011 duathlon world championships in Zofingen but, he cemented his position as the king of long distance duathlon by breaking the course record.

Thibaut Humbert (FRA) and defending champion Andreas Sutz (SUI) had to settle with silver and bronze respectively in a race, which was won on the bike.

Vanseelant, who adds a third title to two ITU Long Distance Duathlon wins, blew away the competition winning in a time of 6 hours 7 minutes and 15 seconds, more than nine minutes faster than second-placed Humbert.

The three started strong in the top pack along with Anthony Le Duey, Soren Bystrup (DEN) and Beat Ritter (SUI) posting a difference of a few seconds between them on the first lap.

In what began as a tight race, with the top three riders posting 14:59 in the first 5km run lap, Vansteelant opened up a 45 second lead after the first transition and never looked back.

Vanseelant, who adds a third title to two previous ITU Long Distance Duathlon wins, cemented his lead in the 150km bike section entering the second transition with a four minute lead. He gained another five minutes in the second run, which ran for a leg-killing 30km, to reclaim the title he had previously won in 2009. He did not compete at these championships in 2010.

Last year’s one two podium fight between Sutz and Humbert was repeated, but this time for second and third place in the 190km course, which centres around hills, twists and turns, with almost half of the second run taking place in a forest and the final three kilometres to the finish line all downhill.

Humbert was the fastest in the second run posting a time of 1:51.55.

Unable to keep pace with the top three in the final run, Le Duey finished a respectable sixth, 31 minutes behind the winner.

Vansteelant’s victory was all more poignant because the race was a legacy for his elder brother the late Benny Vansteelant; a duathlon legend, a multiple ITU Duathlon World Champion. Benny won almost every race he entered, before tragically passing away after a training accident near his home in Belgium in 2007.

With this in mind ITU, who previously partnered with the International Powerman Association, reunited with PIA for the third time to stage this 23-year-old event.

Although Denmark’s Susanne Svendsen, who took silver at August’s shorter distance Powerman event in Zofingen, headed the lead pack in the first 10km run she faded in the last run following the 150km bike course and failed to complete the course.

The top three ladies matched Svendsen run for run at the front of the pack along with Martina Krähenbühl (SUI) and Netherland’s May Kerstens until the first transition in the course, which has some interesting hills, twists and turns, including almost half of the second run taking place in a forest and the final three kilometres to the finish line all downhill.

But Oceania duathlon champion Burke set a blistering pace on the second bike lap shooting 2 minutes ahead of second-placed Nyström. Going into the final run Burke remained untouchable winning with a lead of three minutes 27 seconds over Nyström, who gave birth seven months ago.

Nyström, who placed fourth in the first run, took the silver in the final 30km run with the fastest time of 2 hours 8 minutes and 37 seconds.

The battle for the bronze heated up over the bike laps with only seconds between Csomor and fourth-placed Krähenbühl at times. But Csomor pulled put all the stops on the final run for third place with the third fastest run 2 at 2:11.03. 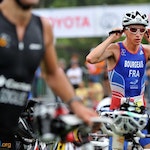 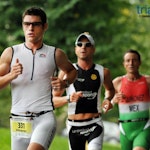 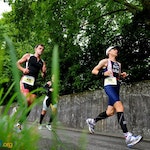 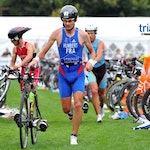 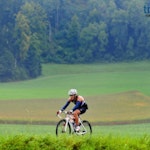 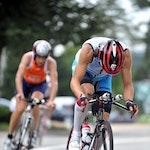 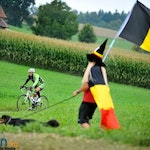 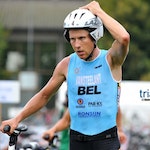 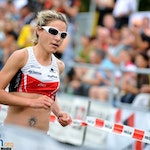 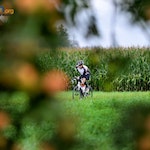 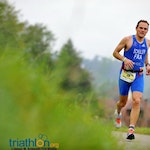 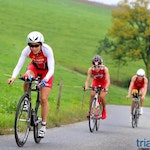