After a 750m swim, 20km bike and 5km run on a wet, overcast day at Nanjing’s Xuanwu Lake, Dijkstra and Hoy battled it out down the blue carpet of the finishing chute right until the finishing tape. But it was Dijkstra who just reached there first, claiming gold for Great Britain.

“I gave it it everything and I’m so glad this is the result, it’s amazing,” he said. “I just had to keep on going, none of us were going to give up when there is an Olympic gold medal at stake. So I just had to keep on going and going, and know that the hard work I put in would just pay off. It’s absolutely brilliant. Thanks to my family, my friends who have got me here. The result is just amazing.”

That effort earned the boys a spot on our list of top moments from 2014. We’re looking forward to many more to come from their bright futures.

After a 750m swim, 20km bike and 5km run, it came down to this. Congrats @Ben_Dijkstra, YOG Champion! #Nanjing2014 pic.twitter.com/EkTxtFOOLI 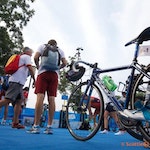 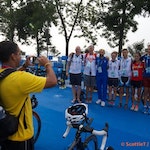 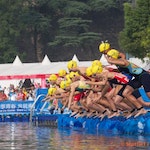 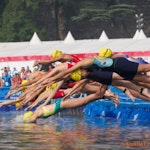 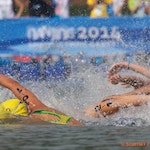 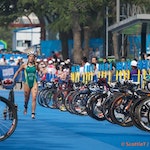 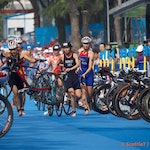 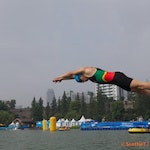 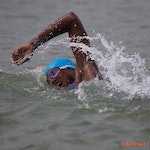 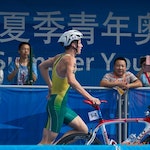 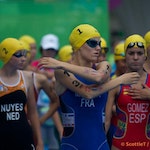 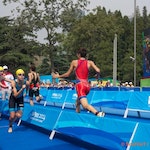