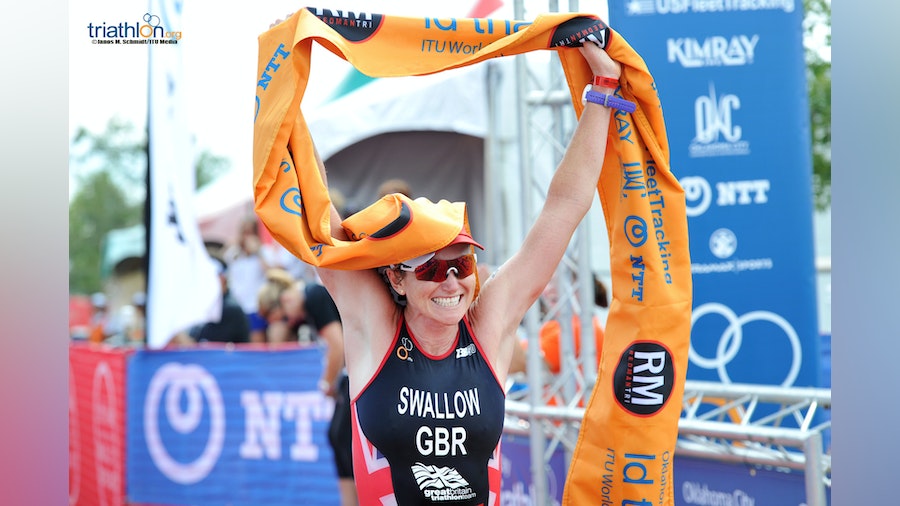 The 2016 ITU Long Distance World Championships took place on Saturday, September 24 in Oklahoma (USA) over a two-lap 4km swim in the Hefner Lake, which is the water reservoir for Oklahoma City that only allowed swimming for the event. After the 4km swim, they took the bikes for a 120km ride into the warm and humid air of the Oklahoma countryside. The course, some urban but mostly rural, was a series of mildly undulating hills with the greatest challenge being the strong country winds. The run course consisted of three laps of 10 km each staged in the flat and fast closed course of the Hefner Lake.

Women’s race
In the women’s race, two previous winners of the event lined up among the field in the hopes of collecting another long distance title, Swallow and Caroline Steffen (SUI). Although the field was stacked with talent from the start, the two women proved that they were the ones to beat for the crown.

The 2009 Long Distance World Champion, Swallow, one of the strongest swimmers on the field, solidified her crown immediately from the beginning after putting up a fast swim that saw her exit the waters first and never losing that lead position until the end.

Swallow was also the first woman out of the first transition and during the 120km bike ride on the flat and fast course in Oklahoma, increasing her distance with the chasers kilometre by kilometre and crossing the finish line with a time difference of more than seven minutes from Steffen, who did a supreme effort on the bike course to finish second.

Excelling on the long distance course once again, 2016 has been a year to remember for Swallow, with her victory on the Long Distance World Champs adding to her winning the Ironman Asia Pacific Championship in Cairns, as well as a number of 70.3 wins. The win also saw her return to the top of the ITU podium for the first time in seven years when she won the very same title in 2009.

Steffen, the Swiss triathlete, who won the world title in 2010 and 2012, has concentrated on half-distance racing this year, recently finishing fifth in an all-star cast at the Ironman 70.3 World Championship on the Sunshine Coast in Australia, but she showed a fantastic performance in Oklahoma, finishing second with a really strong bike course.

Third place then went to Canadian athlete Rachel Mcbride, who managed to keep Annie Thoren and Emily Cocks off the podium. The bronze was a second-time merit for Mcbride after she also earned the bronze in 2013.

It was a France day on the men’s race, with the country taking home the gold and silver from strong and solid performances by Sudrie and Ciryl Viennot. Both men were previous world champions and aiming for the title in Okahoma, but it was Sudrie whoe took the world crown thanks in large part to his amazing swim that managed to earn him the lead that carried onto the bike and run. The gold brought him back on top of the long distance podium after first winning the title in 2010.

The strong winds and waves made the swim really hard from the first strokes and it was Brazilian Rafael Ribei getting first out of the water, followed closely by Sudrie.

During the bike, 120 km on the flat course with again very strong winds were enough for the Frenchman to get a gap away from the rest of the pack. While Davide Giardine (USA) entered T2 only 4 minutes behind, on the run Sudrie managed to maintain his lead from the chasers to grab his second world title.

The 30km run along the lake was a killer for some of the athletes, with the chasers changing positions lap by lap. French compatriot Viennot ran the fastest time of the day, which was enough to cross the finish line in second place.

American Matt Chrabot was third after another fantastic show on the run. 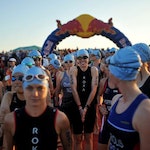 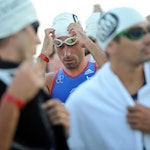 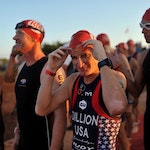 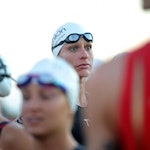 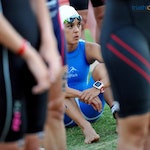 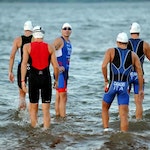 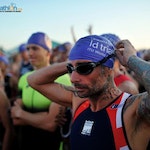 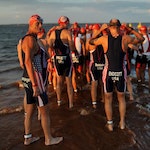 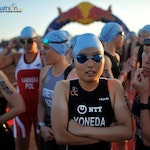 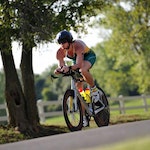 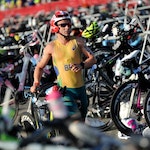 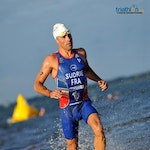