Jonathan Brownlee keeps Madrid in the family with crushing 2012 win

Great Britain’s Jonathan Brownlee continued his incredible start to the Olympic year in Madrid, with another all-round dominant display to claim his second consecutive ITU Word Triathlon Series win in 2012.

Brownlee was part of a nine-man breakaway on Madrid’s tough bike course that built a lead of over two minutes on the field coming out of T2, before he put the hammer down in the first lap of the run. He surged ahead to win by a comfortable 38-second margin over Russians Alexander Bryukhankov and Dmitry Polyanskiy, in a time of 1 hour 51 minutes and 49 seconds.

It also kept the Madrid title in the family as before this year, Alistair Brownlee had won Madrid in 2009, 2010 and 2011. Clearly Jonathan had the same tactical sense for the Spanish capital, as he stated ahead of the race he wanted to get away in a 10-man breakaway. That played out almost to perfection.

“It was my perfect scenario really,” Brownlee said. “It was a fast swim, with Richard Varga pushing the swim and at the top of the hill we had 40 seconds on the main pack and every single time that kept going up and up and that encouraged everyone to work. Everyone else was great in that pack, everyone was working really well together and there was no one that really missed a turn for the whole 40k, which was fantastic, well done to everyone. Then I got onto the run and I felt okay from the first lap, and I pushed on from there.”

Brownlee’s day didn’t have a perfect start, as he ripped his swim cap in warm-up and had to wear a plain orange one, but that did nothing to affect his performance and he exited the first leg in the top ten, just beside Richard Varga, Aurelien Raphael, Bryukhankov and Maik Petzold.  They were joined by Polyanskiy, Hirokatsu Tayama, Ivan Vasiliev and Alessandro Fabian and together that group of nine worked together seamlessly to extend the lead on every turn.

Behind them the field started as five distinct groups, with the first small chase just 20 seconds behind on the first lap. But as the second and third packs bridged up, they slowed and by the end of six laps there was just two groups, one a minute thirty behind the leaders and the other a further minute down. But an impressive final lap from the last chase group helped them to bridge to the second, and the rest of the field all hit T2 together.

By that time, the entire nine-man breakaway had already been on the run course for over two minutes and the deficit proved too much to pull in. While Brownlee and Bryukhankov pulled away in the first lap and couldn’t be caught, there was plenty of jostling for positions within the top ten. Vasiliev was in eighth, before he surged ahead in the final lap to finish fourth and an impressive Russian 2-3-4. Behind the Russian threesome, Fabian’s finishing position was elevated to fifth place, after his protest regarding the misplacement of his shoes in T2 was upheld, a new WTS career high. It meant Petzold took sixth place, and claimed his London 2012 spot with it, while Tayama and Raphael also scored career best WTS finishes in seventh and eighth.

Spain’s Mario Mola scorched to the fastest run split of the day to finish in ninth. Mola was at one stage right at the very end of the final pack, but ran 30 minutes 55 seconds, two seconds faster than Brownlee, to clinch another top-10 finish. Colombia’s Carlos Javier Quinchara Forero then gave his Olympic campaign a huge boost by outsprinting Laurent Vidal for his best series result, 10th. 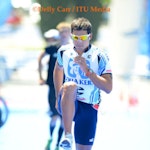 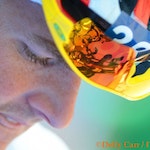 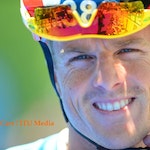 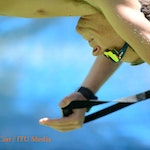 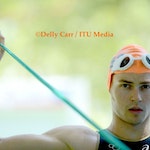 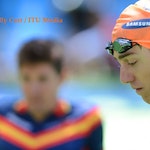 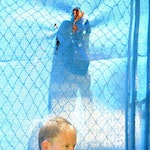 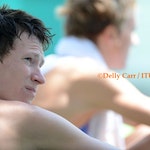 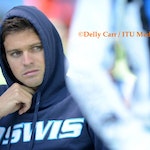 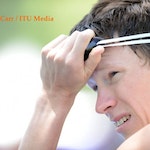 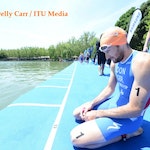 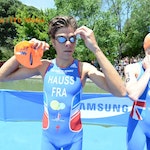