ITU World Cup Season Welcomes Back Huatulco to the Calendar The 2018 ITU World Cup season has reached its seventh stop on the calendar, this time crossing the pond to North America into Mexico to return to the 2018 Huatulco ITU Triathlon World Cup. Huatulco has a long-standing history with the ITU World Cup series first appearing on the schedule in 2008 and becoming a regular stop on the tour until 2016. While last year it was taken off the calendar and became a CAMTRI American Cup, it returns to its original place as it sets up to host the World Cup for the 10th time this Sunday, June 10.

Huatulco will also host the sixth sprint-distance race of the season, adding another opportunity for fast and furious racing in the infamous Mexican heat with a 750-metre swim, 20-kilometre bike and 5-kilometre run course.

The third project of the ASICS World Triathlon Team is also set to compete in Huatulco, giving more chances for these athletes to gain Olympic qualifying points towards their Tokyo 2020 aspirations.

Women’s Preview
The elite women will toe the line first on Sunday entering the swim with a sandy beach start into the Pacific. The Czech Republic’s Vendula Frintova will wear the number one after she skyrocketed in the world rankings after finishing top-seven in the World Triathlon Series Yokohama race last month. While just last week she only finished 25th in the Cagliari World Cup, Frintova does have the track record to get on the World Cup podium, a feat she did twice in 2017.

Lisa Perterer (AUT) will be looking to carry on her winning streak after she dramatically stole the gold medal in Cagliari last week in a sprint finish on the blue carpet with USA’s Taylor Spivey. Perterer just got the slight edge at the photo finish to claim her first World Cup win of the season. Perterer also has been known to have success in Mexico. Since 2012, she has podiumed in five World Cup races hosted in Mexico, including Hualtulco in 2013.

In 2016, Yuliya Yelistratova (UKR) was the bronze medallist in Huatulco and she will be the only returning podium finisher from that race to line up this Sunday.

One of the strongest swimmers in the field is Brazil’s Luisa Baptista. She had a standout year last year by earning her first-career World Cup win in Salinas, but due to her force in the water, she has made plenty of lead bike packs that set her up for a great finish.

Other possible contenders for Sunday’s podium is Melanie Santos (POR), Chelsea Sodoro (USA) and Vanesa De La Torre (MEX). Santos and Sodoro are both phenomenal runners, while De La Torre has the home nation advantage. All three women could easily get onto their first World Cup podium this weekend.

Men’s Preview
Mexico’s own Rodrigo Gonzalez tops the men’s start list. Not only does he have the advantage of the home nation crowd but has also been having one of the best seasons of his career this year. He placed fifth in the WTS Yokohama event, his best finish to date and also claimed the bronze medal in the Chengdu World Cup in May. He competed in the Ixtapa American Cup last month, so has been training in the Huatulco atmosphere for some time now.

The last time Huatulco was raced as a World Cup in 2016, it was claimed by a Frenchman, Etienne Diemunsch. This year, a different Frenchman may take the crown. Felix Duchampt will line up for only his third race of the season this Sunday, but his silver medal in Chengdu proves his racing style is not about quantity. With a silver medal in Salinas last year as well, he showcases that he can perform in the type of climate that Huatulco offers, so could be a tough threat to the men’s field.

Brazilian’s Diogo Sclebin and Manoel Messias are definitely two names to look out for this weekend. Sclebin has the experience for this type of racing and Messias is still a young name to the sport that has used his short time to make headlines, which included his latest World Cup podium in Salinas in 2017. He is due for a first-career gold, which may happen in Huatulco.

Thomas Springer (AUT) is another name who does well in the heat and the shorter distance. He finished third in Huatulco in 2015.

The women will kick off the 2018 Huatulco ITU Triathlon World Cup on Sunday, June 10 at 08:00am local time, with the men following immediately after at 10:00am. Follow along with all of the action with live timing available at and with live social media updates using the hashtag #HuatulcoWC on Facebook, Instagram and the @Worldtriathlon Twitter channel. 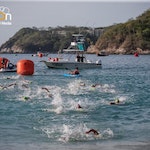 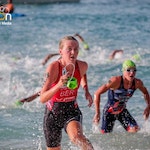 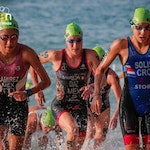 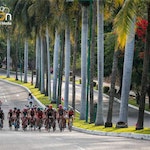 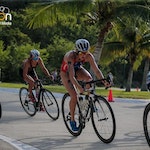 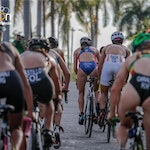 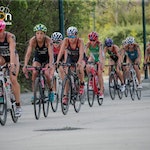 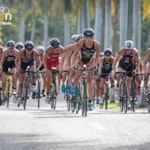 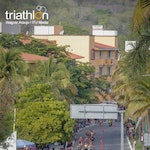 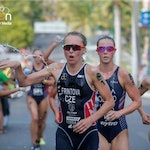 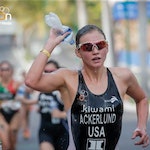 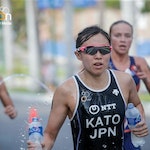