Tune into the WTS with Triathlonlive and Trifecta

With ten races on the ITU World Triathlon Series calendar, there’s more action than ever before. And with Olympic qualification on the line, the stakes are doubly as high this year. To make sure you don’t miss a single transition, lead changeover or nail-biting finish, we’ve got you covered with live broadcasts and interactive games. 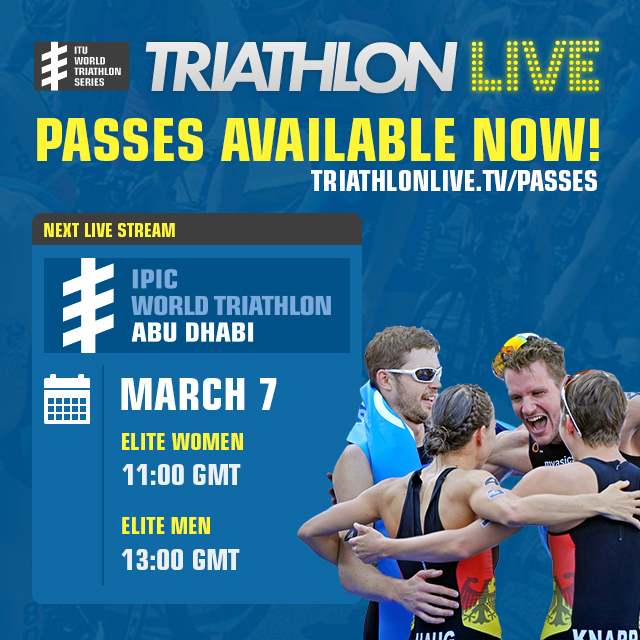 Start your engines
Triathlon enthusiasts around the world can log online and watch live broadcasts of the every race on Triathlonlive.TV.

This year, Triathlonlive features a variety of new features, including two additional races for the same low price. A season pass includes 35 live races and TV shows, with the inclusion of both WTS and World Cup events. Get it now.

This year, you will enjoy upgraded DVR capabilities, with the option to rewind the live stream no matter when you join the race. Pass holders will also have access to 25 years of archived World Championship races for the first time, as well as exclusive long form interviews with the leading athletes.

Game on
In addition to the online viewing platform, TRIFECTA, the only triathlon fantasy game to allow multisport fans to predict elite men’s and women’s podium finishers at each ITU World Triathlon Series event, returns with new features and prizes.

Launched in 2014 by USA Triathlon in conjunction with ITU, TRIFECTA allows players to select podium picks at trifecta.usatriathlon.org for WTS races starting this weekend with World Triathlon Abu Dhabi.

In addition to podium finishers, a new enhancement to the game in 2015 allows players to select an alternate should one of the three selected athletes not start the race. Points will be awarded for correctly predicting podium finishers. Players who select all three podium finishers in the correct order will receive a 20-point TRIFECTA bonus.

Individual player results will be made available following each race, and players can see how they stack up against others on the Global Leaderboard. The standings will accumulate throughout the season, with an overall winner being crowned following the ITU World Triathlon Series Grand Final Chicago on Sept. 15-20. Prizes will be awarded in 2015 to the winner with the most points in each of the individual series races, as well as the three players who top the Global Leaderboard at the conclusion of the season.

Tune in
The WTS will also be broadcast in over 160 countries with live feeds, highlight packages or magazine shows. Check your local listings for times, then clear your agenda, stock the fridge and post up for a great day of racing.

The women’s race will start in Abu Dhabi at 3pm local time, while the men compete at 5pm.

Claudia Beristain, a triathlete since 1987, an ITU accredited coach on the ASICS…
World Triathlon President, Marisol Casado, has been appointed by the…
During a World Triathlon Board meeting held this Thursday, the Executive Board…
more news →