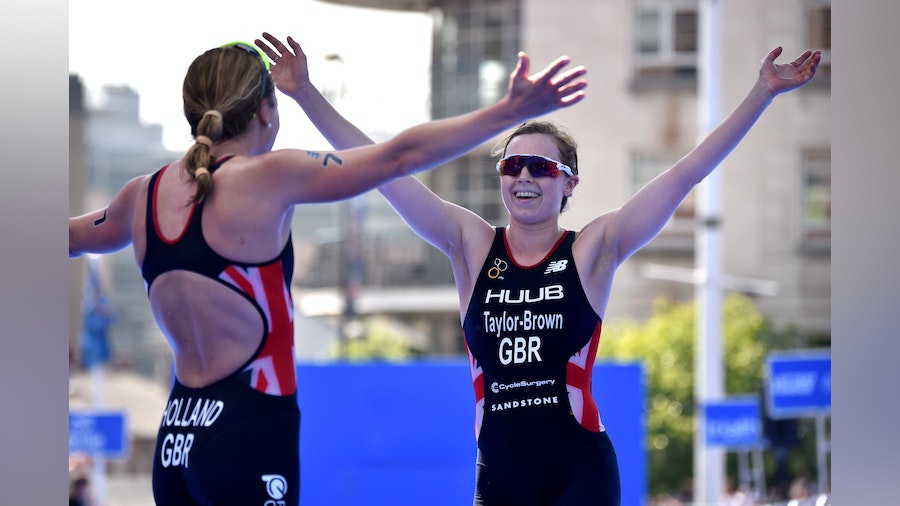 The cancellation of this year’s WTS Leeds due to the Coronavirus was a big blow for last year’s winner and Leeds local Georgia Taylor-Brown. Twelve months ago she became one of the few athletes who would be able to outpace Katie Zaferes in 2019, and had her eye on another big home-town display in the middle of potentially the biggest season of her career.

“The first two weeks were really tough, especially when Leeds was cancelled and then the Olympics, and it hit you quite hard. Irrationally, you think ‘what’s the point in training?’, everything has been taken away. The first two weeks seemed like all the hard work was wasted, but I got my head around it and realised everyone was in the same boat and I could decide what I wanted to do.”

For a self-confessed home-bird, coming to terms with the situation was able to be combined with a rare opportunity to spend more time at home, relax with her partner Josh and dog Alfie, and ease back more than ever.

“I’m always on the go and wanting to do the next thing, and my partner just tells me to try and sit and do nothing, so I have learned I can just sit and read. So I’ve read a book a month which I didn’t think I’d be very good at, got into yoga a bit more, doing my physio and realising I have the time to do the things I should be doing for myself.”

Living close to the course itself, Leeds naturally holds a big place in Taylor-Brown’s heart, even if it wasn’t the most auspicious of starts back in 2017.

“I watched the first WTS Leeds but had only just started back racing after two years out with injury, so I was always thinking about 2017. I didn’t have many points or WTS starts but got on the list. The day before the race I went for a little jog and was 100m from home when I stepped off the curb onto something and my ankle just went and I had to just sit on a wall and burst into tears. It doubled in size and went purple and black and the physio just said there was no way I could race. So I watched from the grandstand with a boot on my foot.”

In 2018 she finished second behind good friend and GBR teammate Vicky Holland, for whom victory was a huge step on the road to what became a championship-winning campaign. Then, last year, it was Taylor-Brown’s turn to put together an imperious race. Well-placed out of the water, the lead pack just kept stretching away on the bike and, feeling good out of T2, she delivered the fastest run since Gwen Jorgensen swept away the competition in 2016.

So, was she feeling ready to mount another push for the world title before the chaos put paid to the start of the season preparations that had begun with a camp in Australia?

“I was going fairly well. Australia was good, I was running well and riding well, it was probably the best I’ve been going pre-season. We learned some good techniques swimming in the sea. That is all still there and I’ll go well again when I need to, so I hope I’ve locked that form away and can access it again.”

Since then, swimming has been a 4km effort up the River Wharfe with another GB pal, Jessica Learmonth.

“The river is nice so we get in at the weir and can do 2km straight up the and back, and it works pretty well. We started swimming there after about eight weeks of lockdown. I’m not the best swimmer so I didn’t miss it too much, but I did start to miss feeling the water and being submerged. The rivers and lakes are a nice reintroduction before the boredom of the pool. The swimming we are doing isn’t going to make us faster or stronger, it’s just moving our arms, but I keep thinking that most of us are in the same position right now. Even if we have races this year nobody will be on top form, we’ll just be getting used to racing.”

And with Hamburg the first WTS race to get put back on the calendar, that first swim is going to be even more of a test.

“It’s so hard there anyway, that will be a bit of a shock. Panic just sets in when you hit that tunnel and it’s so dark! But we still have some time to get back to it and get ready. It’ll be the first race in a year for people, so it’ll be interesting but I think we’ll all be pretty relaxed.”

—
You can catch the rest of the interview as part of our new podcast series here on TriathlonLIVE, and relive the best of the action from four years of WTS Leeds as we are joined by Georgia Richard Murray, Rachel Klamer, Leo Bergere, Angelica Olmo and Mark Buckingham, from 7pm CEST on Saturday.