This weekend will be a set of firsts and lasts as the 2016 World Cup season comes to a close on the first-ever hosted Miyazaki ITU Triathlon World Cup on Saturday. As the tenth and final race of the year, the elites will return to Japan, a much beloved country of ITU and regular World Triathlon Series host, but this time to take on a standard distance course in the city of Miyazaki, who will be making their triathlon World Cup debut.

So far this season the 2016 World Cup circuit has seen 16 different gold medallists spread across ten different countries for the men’s and women’s races. This weekend the elites will battle a two-lap 1500 metre swim, eight-lap 40 kilometre bike and four-lap 10 kilometre run course for the last time in the hopes of adding their name to the list of champions this year.

Women’s Preview
A familiar rivalry of Japan’s own Ai Ueda and Americans Summer Cook and Renee Tomlin will line up against each other for the second time in a week after competing last weekend at the Tongyeong World Cup. The three women fought in Korea to all land on the podium, but it will be a longer distance in Japan that will determine if the results will remain the same.

Ueda once again will start off the competition with the top position. After taking the silver medal in Tongyeong, she will be hoping that her home nation advantage will give her the motivation she needs to end her World Cup season with golden honours. And having the local crowd in her favour has already proven to do the trick for Ueda, when during the World Triathlon Series in Yokohama she earned herself a bronze medal as the loud cheering from the Japanese spectators carried her in the finish chute.

However, USA’s Cook and Tomlin were next to Ueda on the Tongyeong podium last weekend, with Cook standing at the top. Cook has had a ground-breaking 2016 season and adding another World Cup win would be the cherry on top of a spectacular year. She has collected two World Cup gold medals (Chengdu and Tongyeong) and also grabbed her debut WTS title in Edmonton. But her last two wins came from performances on the sprint distance course, and although she has proven she can handle the standard when she won in Chengdu, earning the win this weekend will be no easy feat.

Especially when Cook will be going up against the strength of her teammate and compatriot, Tomlin. Tomlin also has shown she can make it on the top of the podium when she won in Tiszaujvaros in July, so it might be a battle of the stars and stripes for gold.

The women’s start list has a short display of only 33 names set to race, with the Japanese overtaking the majority of the roster. Alongside Ueda, Japan’s Yuka Sato, Yurie Kato and Juri Ide are three women that will be ones to watch on Saturday. Sato and Kato are both two of the nation’s Olympians that raced in Rio this summer, while Ide has put up some strong results in the World Cup and WTS this year.

Other strong contenders to look out for this weekend are Yuliya Yelistratova (URK) and Sara Vilic (AUT). Yelistratova always performs well in World Cups, especially under pressure, so make no mistake she will want to be ending the season with a gold medal around her neck. Vilic on the other hand has not made it onto a World Cup podium this year, but is a fierce cyclist, so this could be her opportunity to step up.

Men’s Preview
The men’s race is a showcase of fierce competitors all looking to end the year with a season first-time World Cup win.

Topping the start list is Russia’s Igor Polyanskiy. Last weekend in Tongyeong, Polyanskiy suffered a DNF, but he is one of the strongest swimmers and cyclists on the start list, so Miyazaki could be the perfect setting for a redemptive victory.

However, a string of men will be looking to also grab that venue debut title. One such man is Portugal’s Joao Silva. Racing in Tongyeong last weekend was the first World Cup that Silva has competed in since 2014, and while his result was not exceptional, he performs extremely well in a standard distance condition, so he can be expected to improve his result this Saturday.

The United States is bringing a tough trio to the starting line. Kevin Mcdowell and Gregory Billington have had past successes, Mcdowell getting on the podium last year in Chengdu and the Toronto Pan American Games and Billington making the U.S. Olympic team for Rio. But making a name for himself as USA’s rising star is Matthew Mcelroy. He has earned back-to-back World Cup silver medals in Salinas and Tongyeong. However, both races were sprint races so it will be interesting to see if he can keep up his streak on the longer course.

Tongyeong’s other medallists will also be racing this weekend in the hopes of adding another piece of hardware to their 2016 collection. Spaniard Uxio Abuin Ares brought his name to the light when he won his first-ever World Cup title last weekend, so it will be a task to see if he can also produce for double the course distance. While Tongyeong’s bronze medallist, Vladimir Turbayevskiy (RUS) was also a first-time podium name.

Holding down the home nation honours are Jumpei Furuya and Hirokatsu Tayama. Furuya is strong runner and could cause some damage, while Olympian Tayama is the ASTC Asian Champion and has previous successes working the home crown to his favour.

The women will kick start the 2016 Miyazaki ITU Triathlon World Cup on Saturday, October 29 at 10:00am local time. The men will follow at 13:00pm local time. 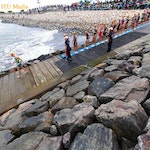 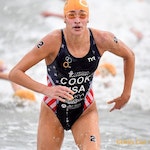 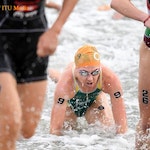 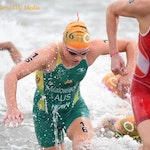 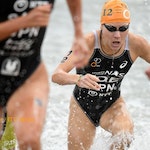 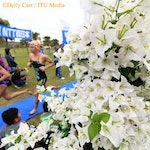 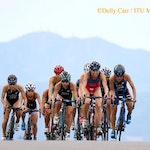 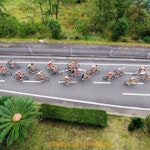 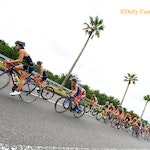 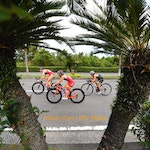 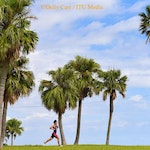 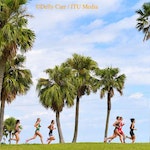