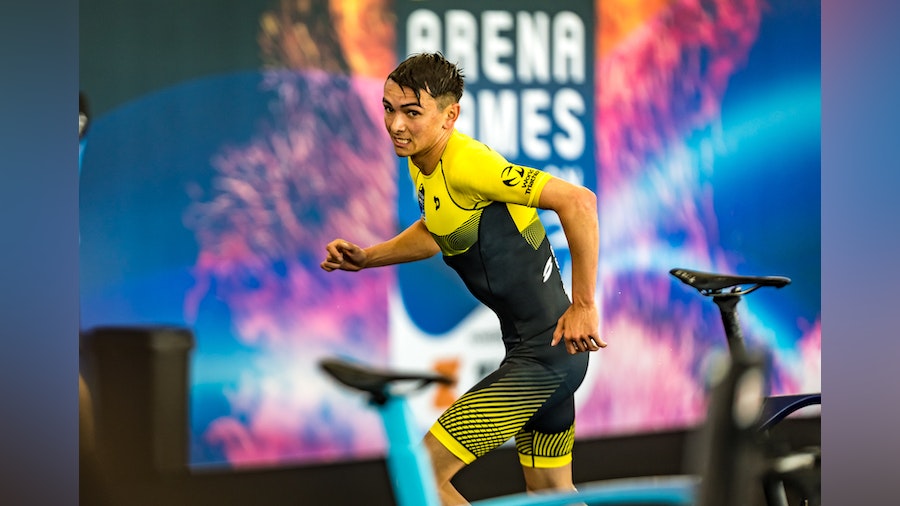 The Munich opener of the 2022 Arena Games Triathlon powered by Zwift delivered a weekend’s worth of headline-grabbing moments, with Britain’s Beth Potter and France’s Aurelien Raphael ultimately stealing the show with two outstanding wins.

This Saturday the action heads to London, where it is sure to raise the bar once more, as well as the roof of the Olympic Aquatics Centre thanks to a sell-out crowd, with no fewer than 11 Brits – including Olympic gold medallists Georgia Taylor-Brown, local hero Alex Yee and Jessica Learmonth – set to start.

The format again covers a 200m pool swim, 4km Zwift bike and 1km run - though not always in that order - but this time around the Zwift drafting option will be disabled for the first time, a move that could really see the bike segments blown apart.
—

With no fewer than eight athletes heading into the heats, the British women may be the ones hitting east London en masse, but there will be plenty of competition from across Europe for those precious spots in the afternoon’s final.

Of those eight, it is hard not to back last week’s winner Beth Potter, Olympians Georgia Taylor-Brown and Jessica Learmonth to be among the names likely to be battling it out for the medals. Potter shone in Munich, just as she did in London in 2021, her mastery of the format clear for all to see as she started the final stage with 40 seconds’ advantage over the field, a lead she then extended all the way to the finish line.

Learmonth won the inaugural Arena Games in Rotterdam back in 2020, her consistently powerful swim over all three stages setting her on course for a historic first gold of the hybrid event. Taylor-Brown finished fifth in the event’s pandemic-inspired debut, just as she did here last year, and will be looking to use the short, sharp racing as something of a sharpener for the forthcoming WTCS Yokohama opener in mid-May.

Bronze medallist a fortnight ago in Germany was home crowd favourite Anabel Knoll, and she will have used that race to figure out exactly how to pace herself and come back even stronger for the second event.

Cassandre Beaugrand of France is all set to make her first Arena Games Triathlon appearance. No stranger to short and punchy racing as a key member of the world-conquering French Mixed Relay team, she will need to quickly master the demands of the curved treadmill and Zwift integration if she’s to make any impact on the podium, just as Max Stapley did two weeks ago.

Spain’s Anna Godoy Contreras will be eager to go one better than her fourth two weeks ago, while Kate Waugh and Sian Rainsley are two more Brits looking to show what they are capable of and ride on the atmosphere of what is set to be a packed London Aquatics Centre. “I don’t think i’m quite prepared for how much it’s going to hurt again,” says the returning Waugh on the latest episode of the World Triathlon Podcast. “There’s nothing quite like the lung burn of an Arena Games Triathlon!”

Aurelien Raphael returns to the start list surely among the red-hot favourites after his devastating performance in and out of the Munich pool that took him to gold a fortnight ago. Lightening in the water, efficient in transition, powerful on the bike and relentless on the run, it was the complete Arena Games performance from the 33-year-old Frenchman.

Alex Yee’s bike watts to try and bridge to the pack over the first stage were impressive, but ultimately that effort took too much out of his legs to be able to challenge for the medals over the final kilometre. With the removal of the drafting setting for the London leg, there will be nowhere for the pack to hide this time around and Yee will be looking for redemption in front of a sell-out home crowd.

Justus Nieschlag clearly enjoyed the crowds in Munich and has the experience of this format that could make the difference, but it was the Australian Max Stapley who took the race by the scruff of the neck to score a fantastic silver, driving to the line narrowly ahead of the German.

Takumi Hojo makes his Arena Games debut for Japan fresh from a Europe Triathlon Cup victory in Quarteira and Joao Silva and Ricardo Batista represent the new and old guard of Portuguese triathlon ready to make a big impact.

Austria’s experienced Pertl brother Lukas and Philip take a heat each and hope to meet face-to-face in Saturday afternoon’s final, Maxime Hueber-Moosbrugger (FRA) has bags of potential he will want to put on show following World Duathlon silver at the end of 2021 and Gordon Benson will be eager to consign his bad luck with technical issues in Munich and give the home fans plenty to cheer over the closing stages.

For the full start lists and heats, click here 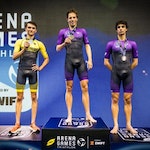 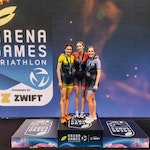 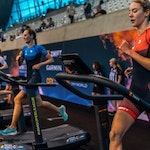 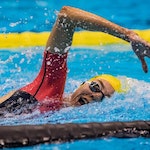 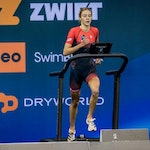 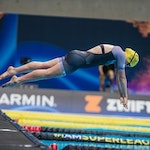 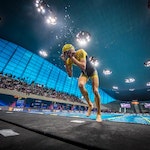 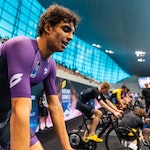 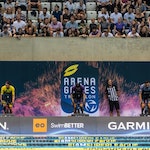 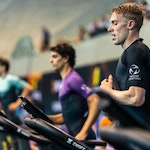 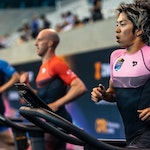 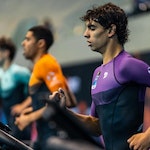