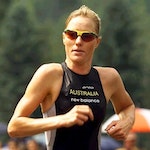 Michellie Jones is widely considered as the sports of triathlon’s most decorates athletes, one of the top 10 female triathletes of all time. With over 175 career victories at all distances, she dominated the sport for over 20 years. Michellie competed in the 2000 Summer Olympics winning a silver medal for Australia.

Michellie is one of only ten triathletes to have been inducted into the Triathlon Australia Hall of Fame. She is one of two triathletes in the Sports Australia Hall of Fame – the top peer recognised sports honour in Australia. In a country of consistently high performing athletes, this is perhaps one of the highest personal honours. It is given rarely to truly outstanding athletes for their sporting performance and the manner in which they represent and contribute to the sport. Outside of her ITU career, Jones became one of the most consistent athletes ever, with a win tally that is reported to be over 175 across Olympic, off-road and long-distance events.

Jones also became the first Australian woman to win a World Ironman Championship and it made her only the second Australian in history to win the event, behind 1994 Men’s World Champion, Greg Welch.

In her sporting performances, Michelle made Australians feel particularly proud when: 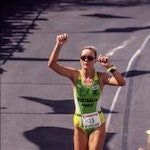 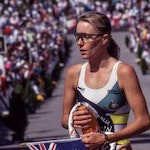 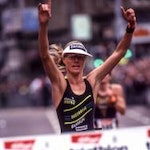 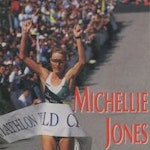 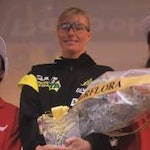 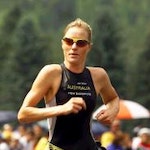