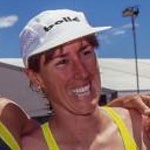 Jackie Fairweather was one of world’s premier triathletes and endurance athletes. Jackie’s impact on Triathlon, Athletics and High-Performance Sports was more than just winning a World Title or Commonwealth Games Bronze medal, she truly had a passion to make a difference in people’s lives.

In 1996 Jackie became the World Triathlon champion, with a record time of 1 hour 50 minutes and 52 seconds in Ohio, United States. She also won the World Duathlon Championships in 1996 to become the only person ever to win both World Titles in the same year. Jackie went on to claim a bronze medal at the 2002 Commonwealth Games in Manchester and again in 2005 at the Gold Coast marathon.

Known for her training, coaching and mentoring of triathlon, she also played a major role in the triathlon community including, Triathlon Australia National Elite Selector, International Triathlon Union (ITU) Athletes Committee athlete member (1998-2002), ITU Women’s Committee member (1997–1998) and Triathlon Australia Board Member (first ever athlete representative) (1998 – 2001). Jackie also held the position of Head Coach at the Australian Institute of Sport Triathlon Program. Fairweather was inducted into Triathlon Australia’s Hall of Fame in 2012, as all-time great of the sport in Australia.

Jackie Fairweather was a World Champion Australian triathlete and long-distance runner. Fairweather began competing in triathlon in 1992, and won the elite Australian National Series in her first season. She spent eight years as a professional triathlete and in 1996 she became ITU World Triathlon Champion in Cleveland, Ohio, setting a championship record time of 1 hour 50 minutes 52 seconds. She also won the ITU World Duathlon Championships in 1996 to become the only person ever to win both world titles in the same year.

Fairweather was known for her analytical approach to the sport and tenacity to try something different. She helped establish the Junior and Under23 World Championship format, with clear age divisions and a sprint distance for juniors.
And she was also on the ground for a new era of ITU, web broadcasting, jumping on air at a race in 2004, and commentating for the next two seasons.

Fairweather was also just the second athlete to be a member of the ITU executive board, from which she served from 2004 to 2008. Jackie was also the inaugural coach of the Australian Institute of Sport (AIS) Triathlon program between 2001 and 2005. 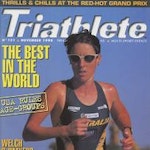 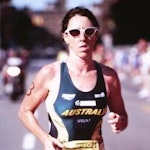 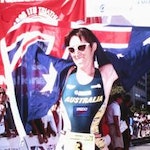 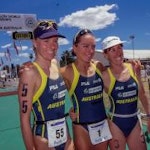 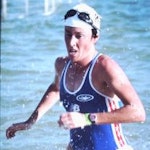 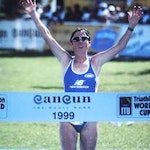