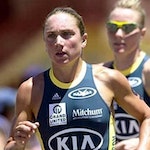 Emma Elizabeth Carney (born 29 July 1971) is an Australian two-time ITU World Triathlon Champion.  She was ITU world-rank world number one in 1995, 1996 and 1997, and achieved 19 World Cup wins, second only to Vanessa Fernandes’ 20 wins. With seven wins in 1996, she also holds the record for the greatest number of ITU World Series wins in a single season.

Carney was born in England, but moved with her family to Australia at an early age. She began her sporting life as a runner, and at 13 she set a Victorian record in her 3,000m debut. At 18, she was winning national school titles and wanted to go to the Olympics. She reached the finals in the Australian U-20 national championships in the 1,500m and 3,000m.

In the spring of 1993, Carney tried her first triathlon, which she won after overcoming a 7-minute deficit from a 700 metre swim. By November 1994, she had won the ITU World Championships title in her first international triathlon, and by a record margin of 2 minutes 12 seconds. Then from June 1995 to April 1997, Carney recorded an unbroken string of 12 straight ITU World Cup wins. After a narrow loss to Michellie Jones at the 1997 Monaco World Cup, she recorded another seven World Cup victories and adding another ITU World Champion title.

Carney was forced to fully retire from professional triathlon in 2004 with heart problems. She later speculated, “I always raced so hard that maybe it contributed to damaging my heart. Having said that, I probably was unable to approach it differently. That was just the way I was wired - all or nothing.” 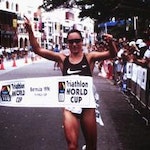 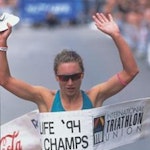 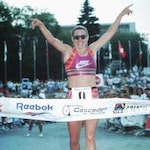 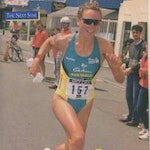 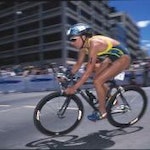