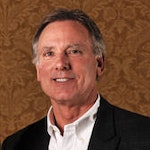 Thomas was the Vice President of marketing at Speedo Swimwear in 1982, where he then joined Jim Curl to create the U.S. Triathlon Series. The triathlon series quickly spread from the original five cities to 12 nationwide. The format of the series and the distance was considered ideal for Olympic competition, and Thomas predicted that by the time triathlon was an Olympic sport, “hundreds of thousands of athletes will have competed at the Olympic distance” worldwide.

In 1984, he founded CAT Sports Inc., creating network televised special events for a number of sports and acting as the executive producer of over 25 televised triathlon events for ESPN, NBC and other national syndications. Thomas also served as the first Treasurer of the International Triathlon Union and has served as a pioneer in the triathlon community.