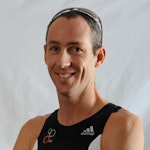 Bevan John Docherty was born in New Zealand in March 29, 1977.
He was a cross country runner in high school and he started triathlon, following his father’s path, in 1994. Bevan, who was a national champion at school in cross country, got a university scholarship in engineering. However, after six months he decided he didn’t want to continue with schooling and took a loan from his parents to go overseas to Europe to become a professional triathlete.
His first world championship race was in 1997 as a junior in Perth and two years later he won the European Cup, his first mayor title. During this whole time he was self coached.
In 2002, he missed qualification for the Commonwealth Games in Manchester and from then on he decided he needed a coach, so started training with Mack Elliot. The following year he then finished 4th at the world championships and qualified for the Olympics.
In 2004, Docherty won the ITU World Championship and the silver medal at the 2004 Athens Olympics Games, behind fellow New Zealander Hamish Carter, (the only time New Zealand has gone 1-2 during the Games in any Olympic sport). He’s also the only person to win the World Championships and earn an Olympic medal in the same year.
Bevan added another silver medal at the 2006 Commonwealth Games and claimed the bronze at the 2008 Beijing Olympics Games and then represented New Zealand again for the third time in the 2012 London Games.
Bevan currently lives in Santa Cruz, California (USA) with his wife and three children and works for a security software company. 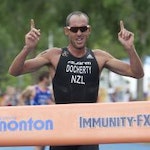 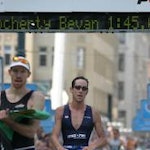 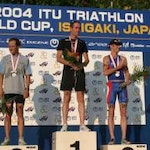 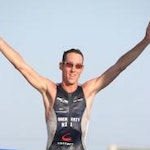 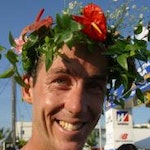 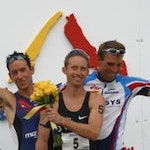