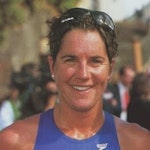 Barb Lindquist began her athletic career as a talented swimmer. She competed for Stanford University and was a member of the U.S. National Team until 1991. In 1996, she began her professional triathlon career and has been an integral part of the sport ever since.

Barb Lindquist’s triathlon career highlights include winning 33 races, she stood on the podium 86 times and had 114 top 10 finishes, covering all distances from Sprint to Ironman, specialising in the Olympic distance. She went on to win the F1 Series twice, was ranked number one in the world in both 2003 and 2004 as well as representing USA in the 2004 Olympics in Athens.

After retiring from racing in 2005, Barb now shares her love and knowledge of the sport with other athletes, through coaching, public speaking, conducting clinics, as well as coaching the Under 23’s National Team and the USAT Collegiate Recruitment Program Coordinator and in 2010, Barb was inducted into the USAT Hall of Fame.

Barbara Metz Lindquist (born July 1, 1969 in Wilmington, Delaware) began swimming aged eight, and was eventually recruited to swim at Stanford University, where she was a member of the 1989 NCAA Championship Team. Swimming for the US National Team she won a gold and three silver medals in the 1987 & 1991 Pan American Games. She was a finalist in three events (200m free, 400m free, 800m free) at the 1988 Swimming Olympic Trials. After graduating from Stanford with a B.A. in Human Biology in 1991, she gradually moved into Triathlon, becoming one of the sport’s most consistent performers. Of her 134 career races, she won 33, stood on the podium 86 times, and had 114 top 10 finishes.

Barb represented the USA in the 2004 Olympics in Athens, placing 9th. She was a member of the USA Triathlon Team for the ITU World Championships for 10 straight years, with her best finish being a silver medal in 2002 in Cancun, Mexico. Barb’s consistency in racing solidified her as the #1 World ranked ITU triathlete from February 2003 through 2004, a spot held longer than any other male or female in the sport.

In 2005 she retired from racing and now shares her love and knowledge of the sport with other athletes, through coaching, public speaking and conducting clinics with husband Loren. 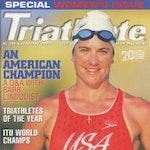 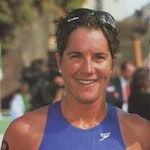 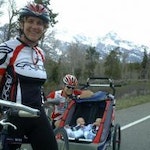 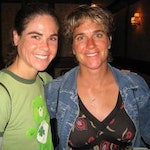 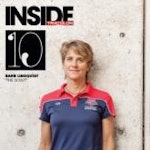 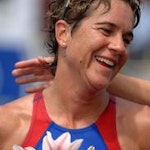