Are you one of the thousands of triathletes about to descend on Beijing for the 2011 ITU World Championships? Don’t forget to check off this list of sights to see, exciting things to do and all the triathlon action you can handle in one of the world’s most dynamic cities.

The City
Beijing is China’s capital city, and it’s a thriving metropolis home to almost 20 million people. So why not shop in some of the world’s biggest and most lively markets.  The Hongqiao market (also known as the Pearl market), located near the Temple of Heaven, is a legendary shopper’s paradise with five floors offering rows and rows of stalls selling clothes, jewelry, purses, shoes and more.  Also as popular are the Silk Market and Wangfujing pedestrian street, starting at the Beijing Hotel.  Beijing is also a great place to indulge in excellent Chinese food and since you are in Beijing, why not try Peking Duck? Peking is what Beijing was originally called in English, so it’s the traditional dish of the city.

The Sights
It’s easy to be swept up in China’s ancient history in Beijing, with remnants of it everywhere. Make time to see the Great Wall of China, which is only a short cab ride from the triathlon venue at Changping. Then there are places like the Forbidden City, which has the best preserved group of ancient buildings in China, Tiananmen Square, if you can try and make it extra early for the flag raising ceremony, the Summer Palace, Ming Tombs or the world class Beijing Zoo. Also don’t forget there is some pretty spectacular triathlon action – other than racing – with the parade of nations and event opening ceremony on Thursday, September 8 at 6:30pm, followed by the chance to stock up on carbs at the Beijing pasta party.

The 2008 Olympic Games
The Beijing 2008 Olympic Games were the first time the Games had been held in China. They responded by creating some of the most memorable Olympic stadiums of all time. So why not have a look at the watercube where Michael Phelps won his eight gold medals, or the birds nest where Usain Bolt claimed the 100m and 200m double in record-breaking style? Both are located in the Olympic Green Village, that was the centre of the Games back in 2008.

The Racing
Then there is the triathlon action, with a bevy of ITU World Champions to be crowned in age-group, paratriathlon, junior, Under23s and the elite men and women competitions.  In both the juniors and Under23s, it’s a great chance to see who will be the next senior ITU stars, with names like Ashleigh Gentle, Hollie Avil, Yuka Sato, Aaron Barclay and Aaron Harris. In the Dextro Energy Triathlon ITU World Championship Series Grand Final, it’s a final showdown with everyone on the line, and names like Alistair Brownlee, Jonathan Brownlee, Javier Gomez, Helen Jenkins, Barbara Riveros Diaz and Paula Findlay. The U23 men kick off the world title races, on September 9, while the junior women, elite men and Under23 women on Saturday September 10, followed by the elite women and junior men on Sunday September 11. It’s also the largest ever paratriathlon world championships, and now there is Paralympic glory on the line (it’s officially been accepted as sport for the Rio 2016 Paralympic Games), the action will be thrilling on Friday, September 9. For those who love the swim, also check out the world Aquathlon World Championships on September 7. 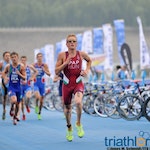 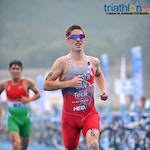 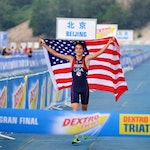 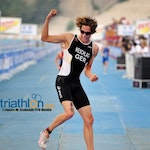 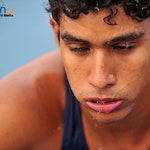 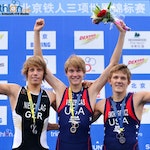 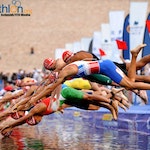 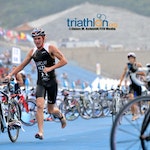 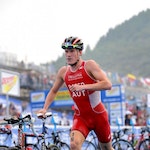 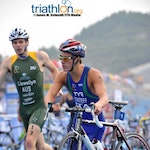 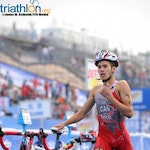 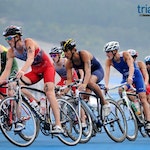