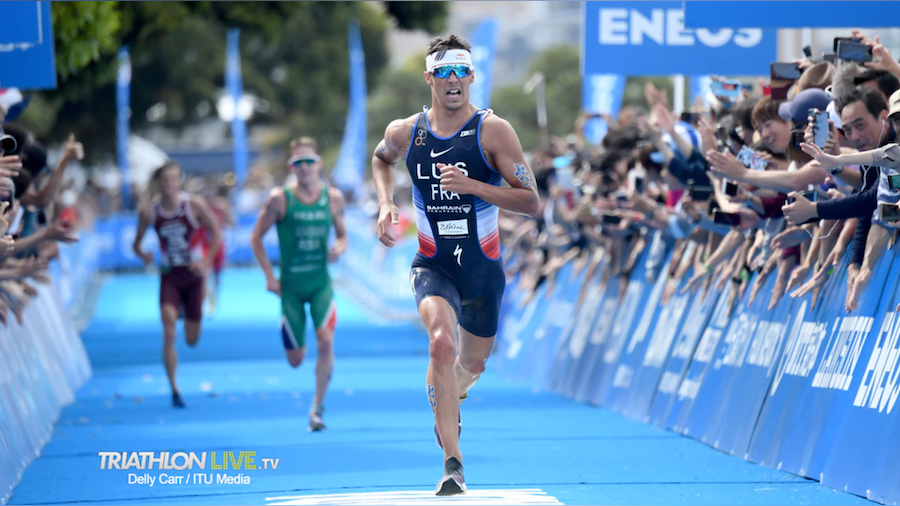 The Swiss Olympic City of Lausanne will play host to the 2019 Grand Final this week, with Saturday afternoon’s action in and around Lake Geneva set to decide who will be crowned the 2019 World Champion.

As befits the occasion, the Olympic-distance course will be a huge test for the athletes. The 1.5km lake swim is straightforward enough, but two sharp climbs in the middle of a bike course that only flattens out into and out of the waterfront transition are sure to take their toll over seven laps, before the 10km run passes the grandstands three times, finally settling the 2019 championship race at the end of lap four.

Of course, you can watch all the weekend’s racing from Switzerland - including Paratriathlon, Junior and U23 World Championships and the Junior/U23 Mixed Relay - on TriathlonLIVE.tv. With interactive camera selection and Spanish commentary for the first time, you can grab a pass for just $2 using the code World_Champs19.

Men’s preview
Over the seven races so far in 2019, the Elite men have delivered a WTS season for the ages, the honours and medals shared among a deep pool of talent with no fewer than 15 athletes taking up a place on the World Series podiums leading into the Grand Final. It is therefore no surprise that even with Vincent Luis leading the rankings by almost 500 points heading to Lausanne, the Frenchman remains just one of six on the start line who could, mathematically at least, go home as World Champion.

It has been Luis’ enviable consistency that has got him to this point. Starting the year with fifth place in Abu Dhabi and fourth in Bermuda may not have been the glittering start he would have wanted, but it proved a platform to gold in Yokohama, with victory coming at the end of a thrilling showdown with Henri Schoeman (RSA) and Bence Bicsak (HUN). Sixth place in Leeds was followed by silver in Hamburg and another fifth place in Edmonton, amassing valuable points at every stop.

The fact that Luis has won gold in the previous two Grand Finals will add further fuel to his fire, but he will be taking nothing for granted in a year that has been full of surprises, breakout stars and dramatic moments. Luis’ nearest challenger for the title is the indefatigable Mario Mola, who got his season off to a familiar start with gold in Abu Dhabi, a race that was perhaps more remarkable for the silver-medal performance of Alex Yee, the young Brit daring to challenge the three-time World Champion on his WTS debut.

Mola’s dominance was brought to a swift end in Bermuda, however. With Javier Gomez Noya stepping back onto the WTS start line for the first time since the Rotterdam Grand Final of 2017, it was Spain’s other legend who almost wrote the script for his return to the triathlon front line, only for another Frenchman, Dorian Coninx, to edge the sprint finish and seize his first WTS gold.

If Luis finishes lower than fifth place in Lausanne, then a Mola victory would mean a fourth straight World title for the man who has bounced back from an early-season lull to score crucial silvers in Montreal and Edmonton. For Gomez to take the honours, Luis would have to finish eighth or lower and Mola third.

The remaining challengers Fernando Alarza (ESP), Jacob Birtwhistle (AUS) and Marten van Riel (BEL) are all in with a theoretical, if unlikely, shot at the title. Alarza may have only made the podium once in 2019, but six top-10 finishes tell the story of another excellent season for the 28-year-old. In stark contrast, Jake Birtwhistle has finished inside the top 10 just three times, but two of those - WTS Leeds and WTS Hamburg - were superb gold medals. Van Riel’s podium in Edmonton keeps him in the hunt by the finest of margins.

This being the Grand Final, the field is full of athletes with huge podium potential eager to wrap up their seasons with a bang if not the big prize. Belgium’s Jelle Geens’ debut World Series win in Montreal underlined his credentials while Jonathan Brownlee‘s win in Edmonton heralded the return to form of the 2012 World Champion.

Few would bet against Henri Schoeman (RSA) being the fastest out of the water and he will feel another big result is overdue, France’s Leo Bergere would love to punch through and secure a podium finish after narrowly missing out in Abu Dhabi and Hamburg.

Hayden Wilde (NZL) and Tyler Mislawchuk (CAN) both enjoyed memorable campaigns even before their superb displays at the Tokyo Test Event, and will arrive in Lausanne confident of being right in contention in the final stages. Norway’s Casper Stornes was back to his best on the Olympic course too, and along with compatriots Kristian Blummenfelt and Gustav Iden will be hungry for medals to round off their seasons.