The 2012 Tateyama ASTC Triathlon Asian Championships elite start lists are teeming with past Japanese Asian Champions including current title holders, Kiyomi Niwata and Yuichi Hosoda. However, with two Olympic spots awarded to the winners, Korea will be giving everything to claim the honours.

Niwata and Hosoda are both far enough up the ITU Qualification List to likely each secure an elusive 2012 Olympic position for Japan, but gold in Tateyama would confirm these positions.  In the women’s and men’s race, Korea provides Japan’s biggest challenge in Yun-Jung Jang and Min Ho Heo, but it will be athletes who have speed on their side that will triumph on this completely flat course. A strong Japanese contingent will be in force in Tateyama with a result that may well mirror the 2011 ASTC Triathlon Asian Championships in Yilan less than six months before. Yilan saw a Japanese podium in the elite women’s race with three-time Olympian Kiyomi Niwata at the top.  Second was 2009 Asian Champion Tomoko Sakimoto and bronze went to 2010 Asian Champion Mariko Adachi.

Joining her teammates is Ai Ueda who already has her position within the Japanese Olympic team for 2012 following her performance in the 2011 Dextro Energy Triathlon ITU World Championship Series in London.

Yun-Jung Jang is Korea’s best hope of securing that all important Olympic spot. With two Pan American Cup bronze medals already in 2012, she will be hoping to pull off the performance of her life in Tateyama.

Zhang Yi and Wang Yi represent the strongest among the six Chinese contenders, a team equal in number to Japan. Of the two women often found to finish within a place or two of each other, it is Zhang that is closer to securing China an Olympic position through the ITU Points List. Runaway favourite in the elite men’s race is reigning Asian Champion Yuichi Hosoda. Also taking the title in 2010, a win in Tateyama would solidify Japan’s spot through Hosoda for London 2012.

Ryosuke Yamamoto won the Asian Championships in 2008 and 2009, but has taken second place to Hosoda in the following two years. Taking bronze behind Hosoda and Yamamoto in 2011, Korea’s Min Ho Heo claimed one of the only non-Japanese medals at the whole championships. The guaranteed Olympic position that would come if Heo were to pull off a win in Tateyama would be big news for Korea.

While Ju Seok Kim joins Heo in the Korean campaign to prevent a Japan sweep, additional Japanese strength comes in the form of Hirokatsu Tayama who took the title back in 2006 and finished just outside the medals in 2011.

The elite and Under23 races will take on the 1.5km two lap swim in Tateyama Bay from a beach start. The fast 40km bike course leads athletes around six laps along the totally flat straight coastline to the turning point at Nago Beach. The equally flat four lap 10km run takes the race around the Sightseeing Pier.

The elite women begin racing at 10:30 on Saturday 7 April with the elite men’s race at 13:10. For the second time, the Asian Championships will also include a Team Triathlon event, which will be run at 12:35 on Sunday 8 April. In 2011, Japan claimed the first ever Asian Championship mixed team relay title at the 2011 Yilan ASTC Triathlon Asian Championships, just beating the Korean team over the line. 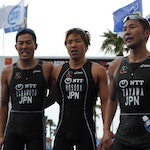 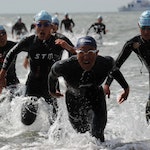 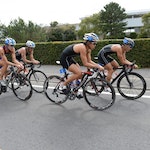 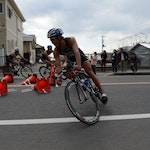 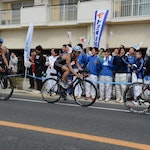 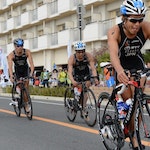 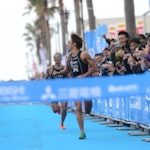 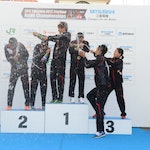 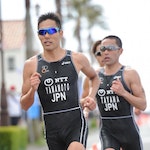 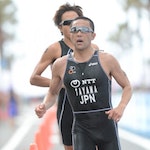 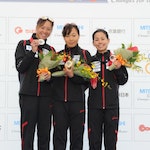 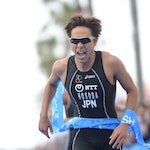