“I’m at a loss for words,” Hindman said. “Coming into this race I was feeling strong. To be able to take the win, that felt great, to come here and take first place is really a dream come true. I can’t believe it.”

The junior men started the day with a dive start into warm, clear ocean water for a one-lap 750m swim. The short course wasn’t enough for any of the athletes to split away from the school of swimmers, as only one minute separated the first and 75th athlete, meaning each athlete came out in one big line.

Norway’s Endre Espedal looked like he was attempting to break away from a 37-deep lead group after the first lap, riding through the transition area five seconds faster than anyone else. But with Youth Olympics Champion Dijkstra in the hunt, Espedal’s attack was held off. They did, however, manage to drop five men, cutting the end of the train off slightly by the end of the bike.

Daniel Hoy (NZL) and Dijkstra, the pair of whom sprinted to a photo finish at the 2014 Youth Olympics, looked to repeat their history from Nanjing, with them taking the lead out of T2.

“I thought if i go off hard, I’ll see who goes with me,” Dijkstra said. “I like it to be a hard race, that’s how I like racing. It was me, and a few others dragging everyone on the bike and I was happy to do it because I figured if the pace was hard it’d favor the strongest sort of athletes.”

But it was Canada’ Paquet that charged through the first lap of the run with a seven-second lead, followed by Dijkstra, Hindman and Hoy. The early blast looked to be in Paquet’s favor, but Hindman bid his move perfectly, executing a late surge to bypass Paquet for the gold.

“It was pretty hard, I faded 2k into the run, my quads started feeling tired,” Paquet said. “The heat was so hard today, I just tried to drink a lot of water. I was just trying to keep the pace. I knew Austin was coming. I was so happy to be first and keep that place, but Austin was faster today. I’m pretty happy today though.” 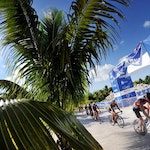 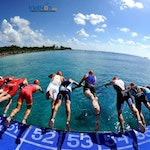 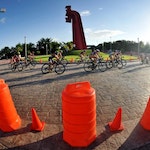 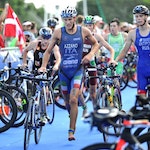 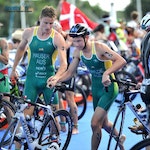 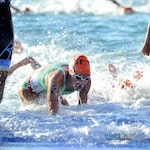 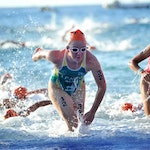 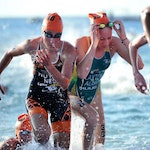 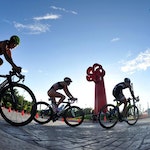 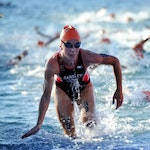 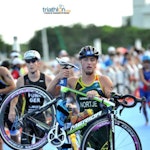 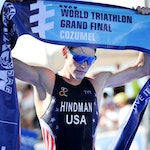 Claudia Beristain, a triathlete since 1987, is one of the ITU accredited coaches…
World Triathlon President, Marisol Casado, has been appointed by the…
During a World Triathlon Board meeting held this Thursday, the Executive Board…
more news →