After sitting in 14th after the first 300m swim, 6km bike and 2km leg completed by Vicky Holland, Great Britain had to come from behind the entire race, but William Clarke and Non Stanford helped them edge back before Brownlee took the lead in dramatic fashion on the first lap of the bike and stormed home to help his team win in an overall time of 1 hour 26 minutes and 48 seconds.

Brownlee was the only member of the team to back up from last year’s world title, and said it was a thrilling event to be part of.

“It’s a very exciting event to take part of,” Brownlee said. “It would be great if we could get into the Olympics as well.  It is very exciting, it changes so much throughout the whole race and it’s good to watch. It’s great to be part of the Team GB again, to only have two world relay championships and to be part of both of them is pretty cool, hopefully I can keep it going.”

But Great Britain had to work hard from the start as just as they did on Saturday, Sweden’s Lisa Norden and the Netherlands Maaike Caelers led out the first leg and put their teams in front at the first changeover. They were followed by Japan, Germany’s first team, France and Spain, with Great Britain back in 14th place after Vicky Holland’s first leg.

Holland said afterwards it had been a nervewracking wait, after she thought she might have left too much work to do for her teammates.

“I knew we were in with a shot of winning it but I had to just stay as close as I possibly could off the swim,” Holland said. “I knew I was just on the back of the pack so I hoped that Will would be able to work with those guys and it seemed he had a really good swim and he did manage to get into that pack and ran really well…and Non handing over to Jonny in second and Jonny obviously going on from there. It worked out so well in the end but I did fear I might have let the team down a little bit for a while.”

The swim played a pivotal role in the second leg, while the lead Norden gave to Per Wangel meant he exited the water first, he was followed quickly by Italy’s Alessandro Fabian, France’s Tony Moulai, Hungary’s Akos Vanek, Spain’s Fernando Alarza and New Zealand’s Kris Gemmell.

Together they formed a tight lead pack of six, but it was Fabian, Moulai and Germany’s Gregor Buchholz who took the upper hand on the run and handed off to Annamaria Mazzetti, Carole Peon and Anne Haug. Just behind them though was Great Britain’s William Clarke and Russia’s Dmitry Polyanskiy, who put Non Stanford and Alexandra Razeranova within touch of the leaders.

At the start of the third leg it was Spain’s Caroline Routier who came out with the best swim, taking Spain from sixth to first out of the water. Routier, Haug and Peon then formed a small break off the front, before Haug went off the front and time-trialled most of the 6km bike and then ran solo for the 2km to hand off to Steffen Justus who was the German team’s anchor.

Behind Haug though, Stanford was running through the field to put Great Britain in second heading into the final leg, although Jonathan Brownlee started with a 28-second deficit.

But Brownlee halved that gap over the 300m swim and coming out of transition he and Luis, who had bridged up from fifth to third after the swim, were within sight of Justus. Then just a few hundred metres out of T1, the German slipped going around a corner and had to watch as Brownlee and Luis and then Russia’s Bryukhankov rode past him. He then started riding with Germany’s second team member Franz Loeschke, but slipped again not long after to fall out of medal contention.

Brownlee said afterwards that moment had changed the race.

“I swam was pretty fast and I knew coming out of the water I got it down to about 12 seconds and I knew I was a chance then, especially with me and Vincent Luis together,” he said “But when (Steffen) crashed it changed it completely as we didn’t need to work to catch anyone we just watching each other really.”

Brownlee went hard from T2 and said that was his strategy to shake off Luis. He did just that, leading Great Britain to their second consecutive ITU Mixed Relay World Championship. Luis finished strongly for France, to put them into silver.  Jessica Harrison said it meant plenty to her and her team.

“It really means a lot as a country, we are very much into having a team cohesion so doing something like this together it’s very important to us it means a lot,” said Harrison. “Personally it means a lot to me because yesterday I didn’t finish and I was a bit pissed off about that, not to put too much of a finer point on it,” she said. “I wanted to really prove that I could keep my side of the bargain up and help the team, and help us get on the podium I think I did that okay. So I’m really happy. I just love this kind of racing, I think everybody loves this kind of racing, so whether you are the first team or the last team it’s that little extra kick that you don’t get in individual racing.” 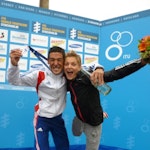 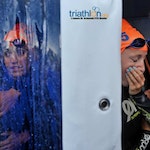 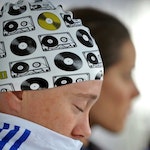 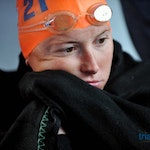 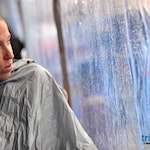 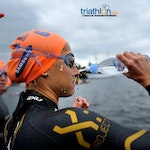 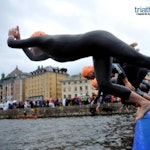 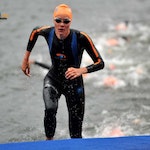 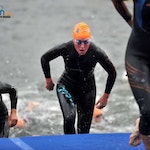 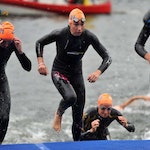 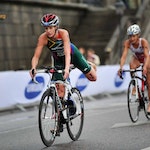 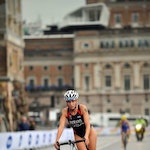