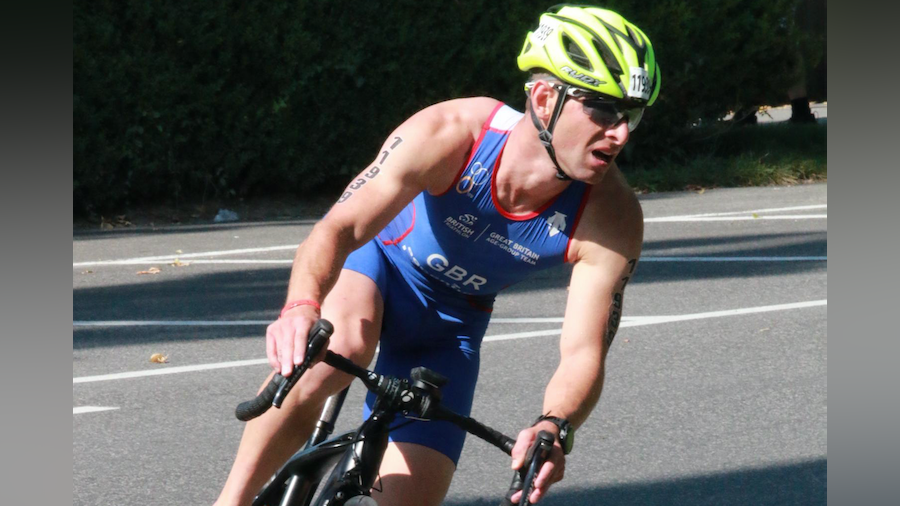 Stepping onto the top of the Lausanne podium to be crowned the ITU 35-39 Age-Group Sprint Distance World Champion was the hard-earned end of a long journey for England’s Paul Ryman. His sixth appearance at an ITU Grand Final, the triathlon coach and personal trainer has long been an advocate of the Age-Group set up and the incredible experiences it has brought him and fellow racers over the years. After successive podiums, finally wearing the 2019 gold medal was Ryman’s ultimate justification for the years of dedication and sacrifices. Not to mention a big spur forwards to his next challenge.

“My relentless pursuit to try and win this – and to enjoy racing at that level, to go to these incredible places - has been an amazing journey, and it won’t stop. As a coach, I now have more strings to my bow and can say; ‘never give up, keep on pushing and you can achieve it if you want it’. Age-Group racing is a very welcoming environment and I want to share that with people.”

When Paul Ryman first took up triathlon, the GB scene and profile of the sport there was very different to that of today. His first race was a local sprint-distance in 2006 and his second was Ironman Nice a year later, from where he qualified for the Team GB long-course World Championships in Almere. “I was soon specialising in long distance and although I had a terrible race there, the first experience representing Team GB as an Age Grouper was great. Back then I was chasing my Kona goal but in 2011 decided to go back to the shorter distances. You could say I did it the wrong way around!”

The decision got Ryman to the Auckland Grand Final representing Team GB, where bronze in the 30-34 Age Group was both a momentous achievement and enough of a taste of success to fire up a mini-obsession with becoming World Champion.

“I really got the bug then for racing with Team GB and being on those Grand Final courses. Auckland 2012 was my first and I was delighted to podium, then I started to wonder if I could be World Champion one day and the journey continued. So in 2013 in London I was third again, 2014 in Canada I won silver, bronze again in Chicago in 2015, I didn’t race Cozumel, 2017 in Rotterdam I was third again. I was getting frustrated with those podiums.”

With the 2018 Gold Coast Grand Final a trip too far and for a course that he didn’t feel would suit his racing, Paul worked hard to get his swim up to speed once – post Eton Dorney qualifier - Team GB had confirmed his place in Lausanne. Hot temperatures meant Ryman’s first no-wetsuit Grand Final, as well as a first deep-water start but, as a cyclist who loves to be out of the saddle, the Lausanne hills were to be a good fit. After coming out of the water just 20 seconds off the lead, he pressed early on the bike and then rolled the dice, going out alone to carve out what would be a decisive gap coming out of T2.

“When you want something that much and have been chasing it for seven years… Lausanne was just my day. My preparation was good, the course was exactly what I’d been hoping for and to stand on that top step was such a proud moment, as well as a huge sense of relief. I couldn’t believe it when the MC said I was World Champion and my wife just said through tears of joy: ‘We never have to do this again!’ I know I would have been chasing that goal until I got there, maybe until I was 85!”

Since returning to his small home town of Frome, South West England, Ryman has been able to share his Grand Final experience with the members of the local triathlon club who he coaches every week and who intimately understand his drive. “We’ve been on this journey together, each knowing what we are trying to achieve, and they’re happy for you which makes you feel amazing, obviously. This is such an amazing sport and brings people together. In a small club like ours, seeing people do their first 5km or progressing up to an Ironman, it’s amazing seeing people progress.”