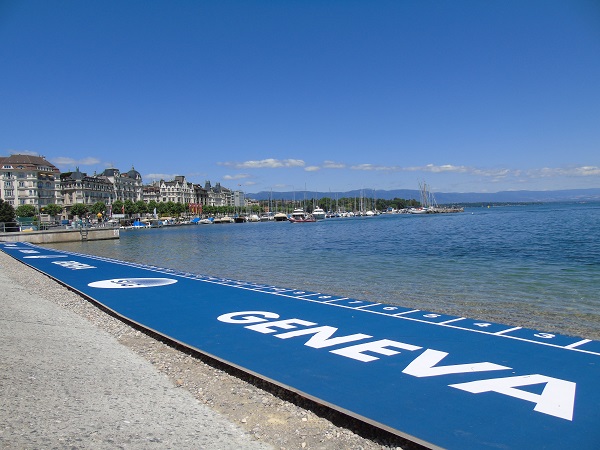 This weekend, Geneva has come alive with swim, bike, and run fever.

The venue is built. The systems are all working. The Age Group Sprint athletes have racked their bikes. The Parade of Nations has made its way along the closed roads close to the swim start. The Alpine horns have welcomed everyone to the Opening Ceremony and ETU President, Renato Bertrandi has declared the ETU Geneva European Championships, 2015, open. Check out what’s on point this weekend.

European Championships has a tradition of attracting the top elite athletes for the prestige of calling themselves the fastest athletes in Europe, a continent that is known for its strong triathletes. This year proves to be no different with the likes of Javier Gomez Noya (ESP), Nicola Spirig (SUI) and Jodie Stimpson (GBR) lining up. Between Gomez and Spirig, the pair own seven European titles and they’ll be looking to bump that number up even more come Saturday.

Elite Women
With Spirig having already clenched her spot to Rio with a win at the Baku European Games, we know the reigning Olympic gold medallist is in form. She is also the defending European Champ and if her total of four titles is an indication, expect this superstar to put up a fight for the top spot in front of a home crowd. Her stiffest competition will perhaps come from Stimpson, who had an explosive year in 2014. However the Brit endured an injury early in the season that has sidelined her from racing. Likewise, Stimpson’s training partner Lisa Norden (SWE) has also battled an injury that’s kept her from running with the best. But as she proved in Baku, her swim and bike are on point, making her one to watch. Lucy Hall (GBR) will also be a woman to push the pace on the swim and bike, as is Margit Vanek (HUN). Keep an eye on Vendual Frintova, who’s been enjoying a strong season, as well as on rising stars Audrey Merle (FRA) and Tamara Gomez Garrido (ESP).

Elite Men
In the men’s race, Gomez is the hot favourite. With three European titles to his name, Gomez returns to the continental championship race for the first time since winning in 2012. Not many can match this man’s speed, but look out for David Hauss (FRA), Pierre Le Corre (FRA) and Alessandro Fabian (FRA), as well as Switzerland’s own Sven Riederer, to challenge on the back half of the race.

Meanwhile Russia’s Dmitry Polyanskiy and Alexander Bryukhankov, along with Andrea Salvisberg (SUI) and Richard Varga (SVK) have the front speed.

If you are wondering about the ranking for the Elite Athletes then their allocation is based upon their performance at the 2014, Kitzbühel event here. 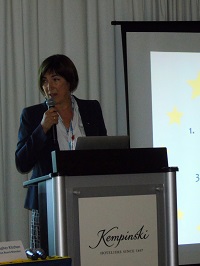 ETU Congress
Tucked away in a seminar room in the Kempinski Hotel, the Presidents and Representatives from the National Federations that make up ETU have worked their way through the Annual Congress.

Live tracking
You will be able to follow the athletes using the Datasport live tracker by clicking here. You can also follow the races live on twitter at @triathlonlive.

For all the start lists, click here. The elite men will take off at 12pm, while the women will race on Saturday at 3:30pm.