A day to remember for Para Triathlon in Swansea 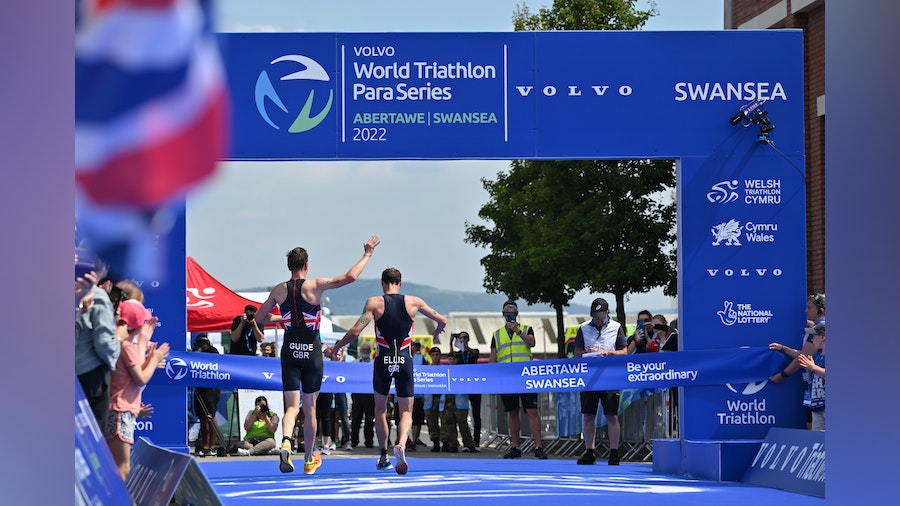 A stunning day in Swansea, Wales, welcomed the world’s best para triathletes to contest in the first standalone World Triathlon Para Series race in Great Britain. The start lists were stacked with fierce competition, featuring Paralympic and world champions and emerging talent, vying for success on the world para triathlon scene. 99 para triathletes started today across 12 para triathlon medal events, six for men and six for women, in the 2022 2022 World Triathlon Para Series Swansea. The racing was streamed in full on TriathlonLIVE.tv and featured an expert commentary team, calling the races as they happened, to provide a comprehensive understanding of para triathlon and an overview of the various categories.

Great Britain’s Dave Ellis, who earned gold in Birmingham last week in the Commonwealth Games, showcased a striking performance once again to dominate to take the win in the men’s PTVI category. Frenchman Thibaut Rigaudeau was the next para triathlete, with his guide, across the line in this category in silver position and Antoine Perel of France was awarded bronze.

“I am very happy, the win is very important because it’s the first in my career in the World Triathlon Para series so I am very happy,” Curzillat said.

“It was a very technical race, as a guide we need to speak through a lot,” added her guide.

In the PTWC men’s race Austria’s Florian Brungraber secured gold after overtaking Italy’s Giovanni Achenza on the run, who went on to cross over the line in second. Frenchman Ahmed Andalouissi earned bronze.

On the women’s side Australia’s Lauren Parker dominated the day and convincingly took the tape in Swansea. Paralympic champion Kendall Gretsch of the USA didn’t quite have the power today to keep up with the Australia para triathlete but secured a brilliant silver and Brazil’s Jessica Ferreira claimed bronze.

“I am so happy to take another win. I had a really good start. My aim was to get as much lead as I could heading out on the bike. I felt really good at the start of the bike and I just wanted to push as hard as I could and I made the most of the technical course. I am really happy with how that panned out. I needed as much as I needed on the run. It’s a very technical run course and really had to get around it as safe as possible.

In the men’s PTS2 category it was an elated Jules Ribstein (FRA) who claimed victory in Swansea. Belgium’s Wim De Paepe took silver and Spain’s Lionel Morales rounded out the podium with bronze.

An ecstatic Hailey Danz of the USA took the win in the women’s PTS2 field with Australia’s Anu Francis in silver and Liisa Lilja of Finland claiming bronze.

Nico Van Der Burgt delivered a mighty gold medal performance in Swansea in the men’s PTS3 men’s race ahead of Spain’s Daniel Molina who gave all he had to earn silver. Frenchman Michael Herter crossed the line in bronze.

Paralympic champion Alexis Hanquinquant continued his winning streak for his 2022 season with in Swansea. Fellow compatriot Pierre-Antoine Baele earned a deserving silver and it was USAs Eric Mcelvenny who was able to hold onto bronze.

Spain’s Andrea Miguelez Ranz had the race of her life to earn World Triathlon Para Series gold in the southern coast of Wales. Germany’s Elke Van Engelen sprinted down the finish chute to earn silver and USAs Kendra Herber with bronze in the women’s PTS4 category.

Stefan Daniel stormed the field on the run to overtake George Peasgood for the win in Swansea. Daniel triumphed in Montreal and was thrilled to win in Wales. Peasgood maintained his second position on the run to earn silver and Portugal’s Filipe Marques clutched onto bronze over Australia’s David Bryant.

Great Britain’s Claire Cashmore impressed a home crowd to run away with the victory after USAs Grace Norman was forced to withdraw from the race, after a mechanical on the bike. Gwladys Lemoussu of France was delighted to earn silver and Spain’s Cristina Miranda Zambrano in bronze.

“I was taking it carefully after seeing Grace (Norman) have a mechanical. Grace keeps me on my toes. When I’m back home, training in the dark winters it’s Grace and Lauren (Steadman) that I think about to keep me motivated. It’s so great to have the world Series here to show what para triathlon is all about. I hope next year it can be bigger and better,” said Cashmore.

World Triathlon would like to extend thanks to all stakeholders including British Triathlon, Volvo, Council, Wales Government and the Welsh Triathlon for their support in making the 2022 World Triathlon Para Series Swansea happen.

Volvo 2022 World Triathlon Para Series Swansea was part of a week-long festival of para sport in Wales and the schedule also included the first-ever International Para Triathlon Conference, with delegates from National Federations around the world.

Review the results in full online.

Visit the website to find out more about para triathlon. 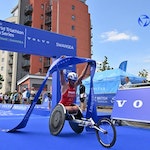 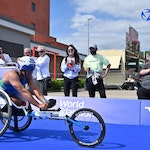 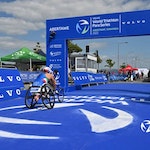 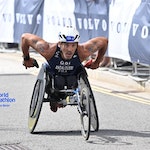 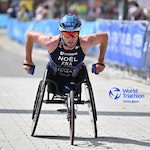 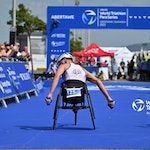 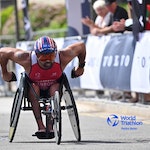 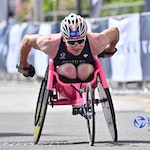 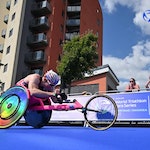 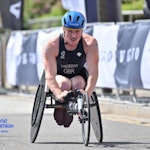 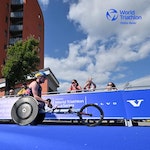 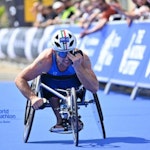